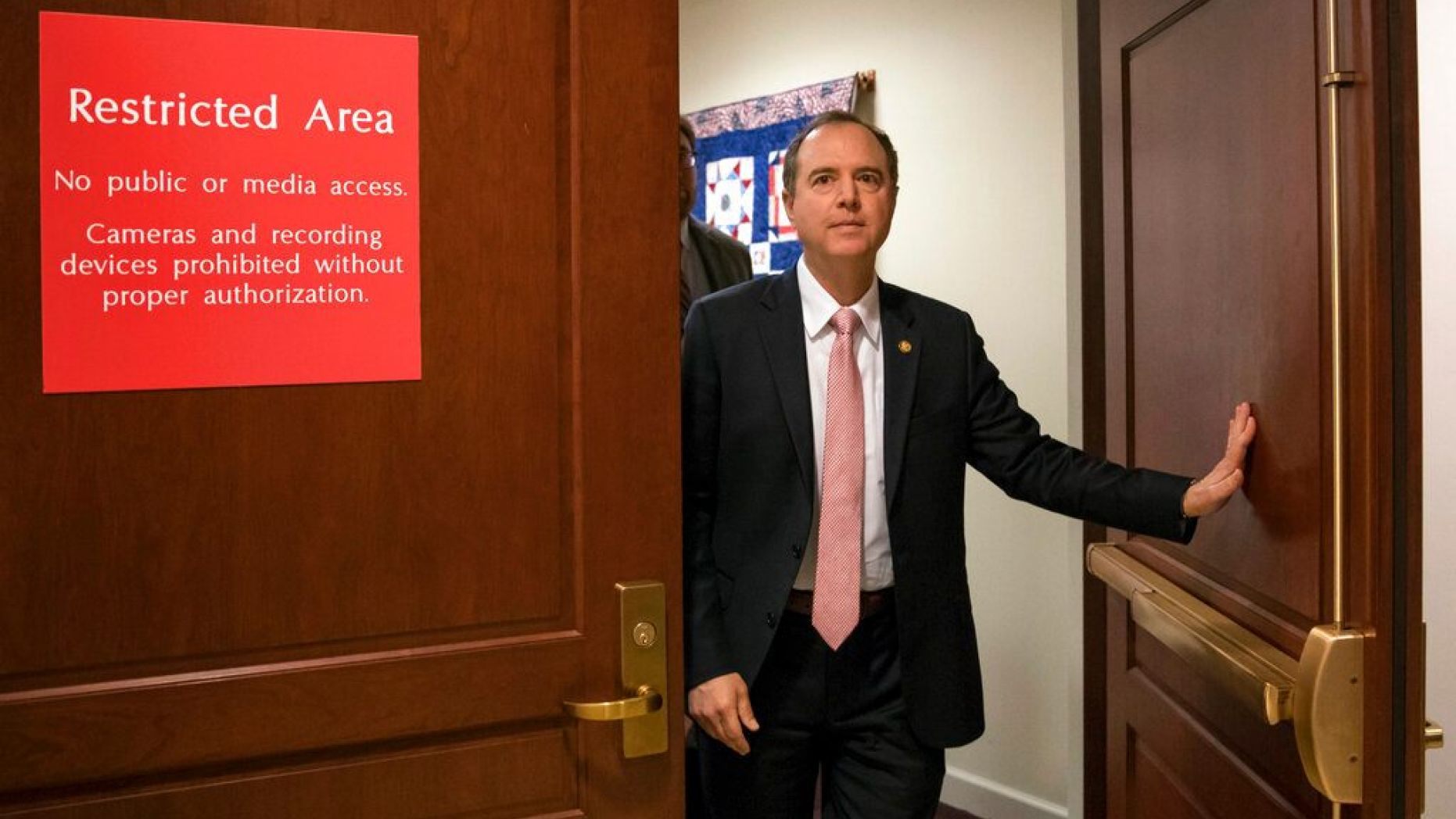 “He has no basis to do that. He’s just a political hack who’s trying to build a name for himself,” Trump said. “It’s just presidential harassment and it’s unfortunate, and it really does hurt our country.”

Trump, who last November called Schiff “little Adam Schitt,” warned during his State of the Union that an “economic miracle is taking place in the United States — and the only thing that can stop it are foolish wars, politics or ridiculous partisan investigations.”