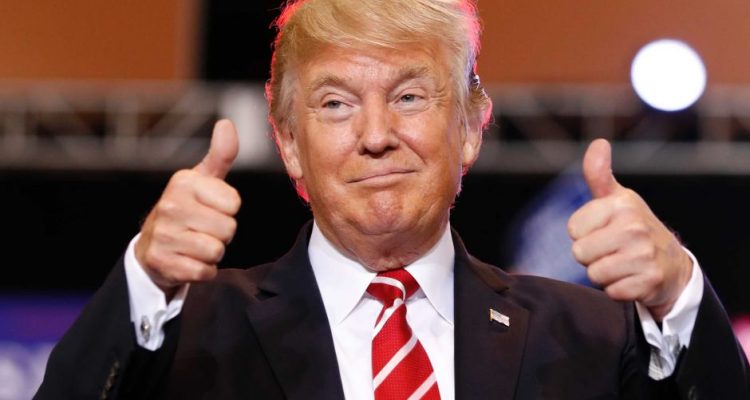 President Donald Trump is enjoying his highest approval rating since June of 2017 according to a new Harvard CAPS/Harris poll.

The results show that 48% of respondents approve of the President’s job performance with 52% disapproving. Other data points reveal economic optimism as a major source of support with over 70% of respondents saying that the economy is “strong” or “very strong”.

A recent poll by Rasmussen corroborates that 48% number while Gallup shows Trump support at 46%. Several other recent polls bring President Trump to an average just shy of 43%.

“45” seemed confident in his re-election as he shared the milestone on his Facebook page Friday night with the caption, “Working hard to MAKE AMERICA GREAT AGAIN! Thank you!”

“People’s views on the economy are gradually pushing Trump’s numbers up and his actions on other issues like China and immigration are neutral to positive. Every point of increase in this range of 45 to 50 improves the possibility of re-election.”

Meanwhile, Democrats continue to float the prospect of impeachment despite the non-conclusion of Special Counsel Robert Mueller’s investigation.

A recent poll, which we will ‘take with a grain of salt’ as it was conducted by CNN, shows President Trump at 43% support, 52% opposed and 5% undecided.

The same poll also reveals a potential weak spot for Democrats, at least 40% of Americans feel they have gone too far. It is a risk they appear more than willing to take.

The President has endured relentless personal attacks since taking office and continues to withstand them in that special way that only he can, tweeting Sunday night:

“Democrats can’t impeach a Republican President for crimes committed by Democrats. The facts are “pouring” in. The Greatest Witch Hunt in American History! Congress, go back to work and help us at the Border, with Drug Prices and on Infrastructure.”