President Donald Trump and General Joseph Dunford, chairman of the Joint Chiefs of Staff, met on Wednesday at the White House over concerns that tech giants in Silicon Valley are helping China’s military. General Dunford had previously given testimony on March 14th telling the Senate Armed Services Committee that Google’s collaboration with Chinese partners in regards to their “Made in China: 2025” project, could have military applications. 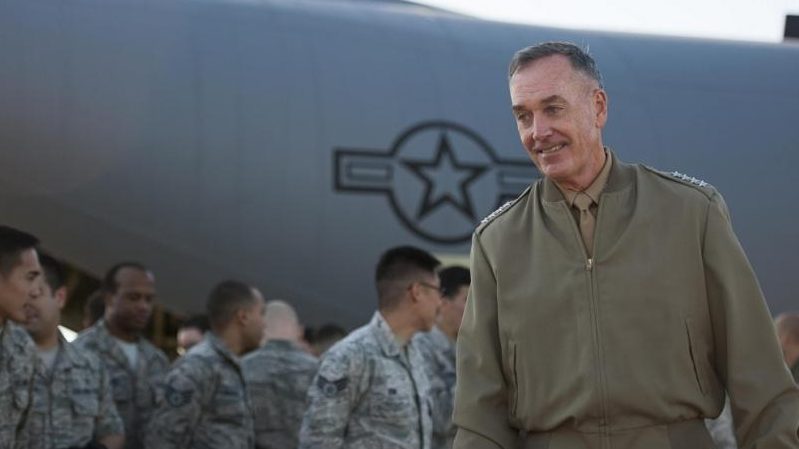 Google is not the only American company that may pose concerns for U.S. military strategists. Other companies and universities are also devoted to developing dual-use and sensitive technologies. Those companies include Amazon, Apple, IBM, and Microsoft, conducting research in China on projects that include A.I. applications development and recruiting Chinese talent.

According to IEEE, Kania said, “Certainly, there is a real risk that Google’s engagement in China could benefit the Chinese military and government, including through facilitating tech transfer and contributing to talent development.” She has urged caution in any joint U.S.-China exchanges and projects.

Steven Mosher is an expert on China who presides over the Population Research Institute (PRI) and is among the founders of the new “Committee on the Present Danger: China.” In a statement on Thursday, Mosher said the U.S. is in a “new cold war” with China, which “poses the greatest threat to both the United States and the world since the fall of the Soviet Union.” Mosher, who once exposed China’s forced abortion policy, said China’s “totalitarian regime with an evil ideology,” which is willing to “kill 400 million of its own unborn children,” must be stopped.