Dangerous: While doing live streaming from outside a courthouse in Canterbury, Friday, May 25th, journalist Tommy Robinson was arrested for “breaching the peace”. He’d been reporting on a situation involving Muslim grooming gangs. The judge ordered a media blackout of the coverage of the case Robinson attended “to avoid a substantial risk to the administration of justice in these proceedings.” Additionally, the details of his arrest and sentencing itself have also fallen under the media ban, at least until the end of the current trial. 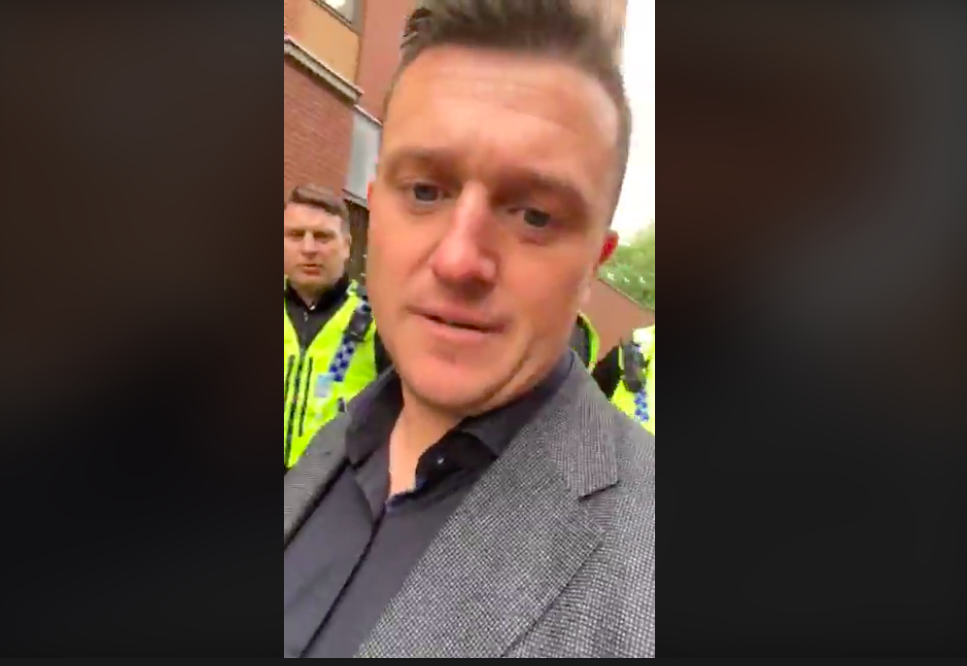 In court documents, Robinson, whose real name is Stephen Yaxley-Lennon, admitted committing contempt of court by publishing information that could prejudice an ongoing trial.

In 2017, Robinson, 35, was arrested and given a suspended sentence after found to be in contempt of court for filming other accused Muslim grooming gang members outside of a courthouse in Canterbury.

The activist from Luton’s work is focused on exposing the Islamification of the West, which has made him a target in the U.K. where police and government officials enforce strict policies against “hate speech,” effectively making any criticism of Islam or Muslims a crime punishable by arrest and imprisonment.

In an Orwellian nightmare of the highest order, and full blown assault on freedom of the press, journalists across the world from several publications including RT, The Mirror, Breitbart News, and the Daily Record have been deleting or redacting reports about Robinson’s sentence due to a media gag order in the U.K.