Rep. Rashida Tlaib, a Palestinian American who is a Michigan Democrat, retweeted then removed a tweet falsely accusing Israelis for the death of a Palestinian eight-year-old boy. Tlaib is one of only two lawmakers to back the boycott Israel movement, retweeted a tweet by Hanan Ashrawi, a top Palestinian official. Ashrawi was quote-tweeting an account, realSeifBitar, that accused Israeli settlers of kidnapping, assaulting, and throwing into a well an eight-year-old child. “The heart just shatters,” Ashrawi said.

The child, Qais Abu Ramila, appeared to have drowned accidentally in a reservoir of rainwater in eastern Jerusalem, where Israeli first responders found him on Saturday and tried to revive him.

The Israeli consul general in New York, Dani Dayan, raked Tlaib over the coals for spreading what he called a “blood libel.” “I am always extremely cautious in criticizing US elected officials,” Dayan said on Twitter. “However, when an American elected official retweets an unfounded blood libel against Jewish Israelis, I cannot remain silent. Congresswoman @RashidaTlaib just did.”

The eight-year-old Abu Ramila had apparently slipped into and drowned in the pond, formed after days of rain in the city’s Beit Hanina neighborhood, police sources said. 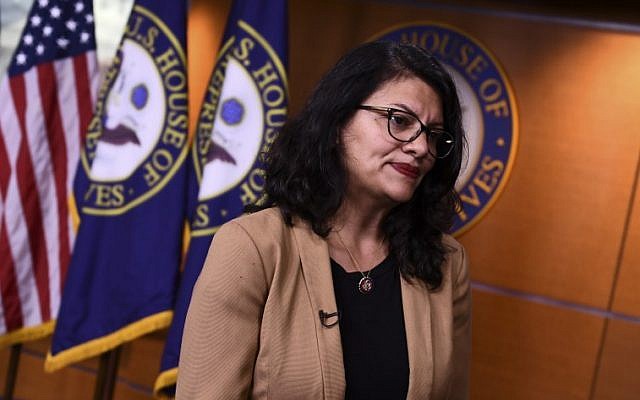