Independent: This article, written by Nafeez Ahmed, talks about a new report addressed by scientists appointed by the UN secretary general, including viewpoints regarding climate change, species extinctions accelerating, societies experiencing rising inequality, unemployment, slow economic growth, rising debt levels, and weak governments. In the face of these crises, capitalist economic thinking can no longer adequately address the workings of the global economy in this new age. 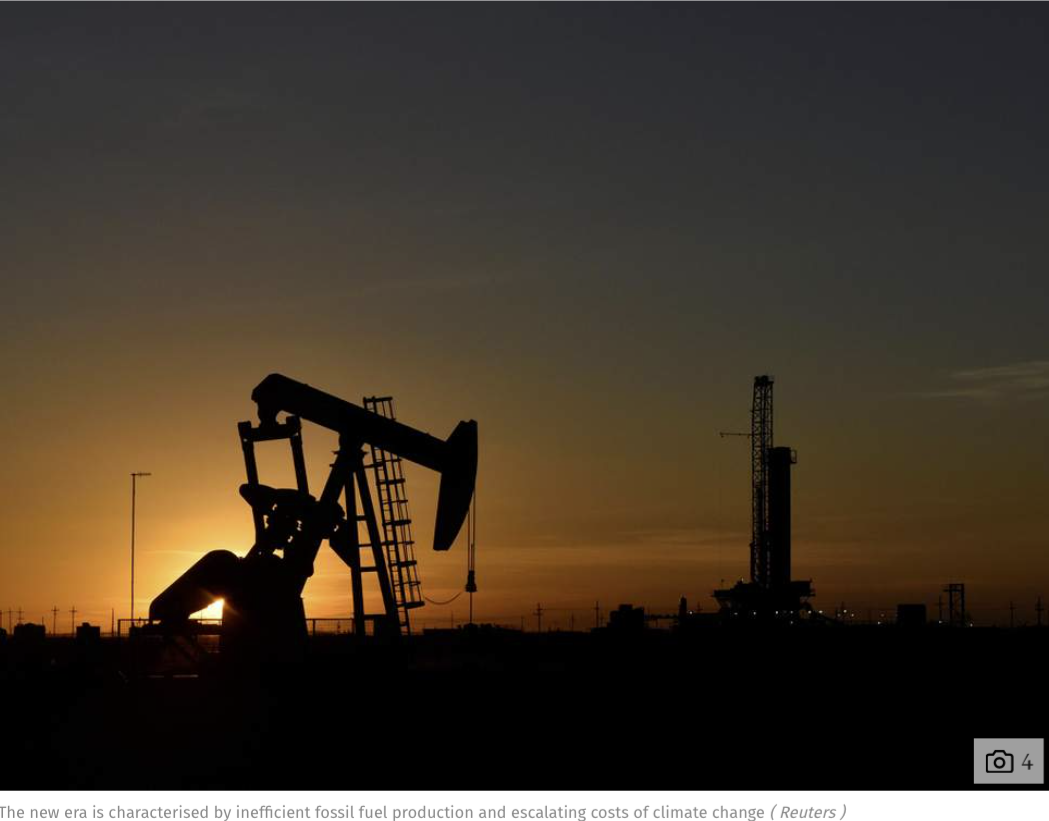 In short, according to Grantham, “we face a form of capitalism that has hardened its focus to short-term profit maximisation with little or no apparent interest in social good.”

Yet for all his prescience and critical insights, Grantham misses the most fundamental factor in the great unravelling in which we now find ourselves: the transition to a low EROI future in which we simply cannot extract the same levels of energy and material surplus that we did decades ago.

Grantham’s blind eye is mirrored by the British economics journalist Paul Mason in his book Postcapitalism: A Guide to Our Future, who theorises that information technology is paving the way for the emancipation of labour by reducing the costs of knowledge production – and potentially other kinds of production that will be transformed by AI, blockchain, and so on – to zero. Thus, he says, will emerge a utopian ‘postcapitalist’ age of mass abundance, beyond the price system and rules of capitalism.

Source: This Is How UN Scientists Are Preparing For The End Of Capitalism | Independent