After months and months of the left ridiculing the warnings from the Trump administration regarding the crisis at the border, the media has finally begun to release the reality of what is happening. As an example, last week the New York Times published an eye-opening article concerning the border. 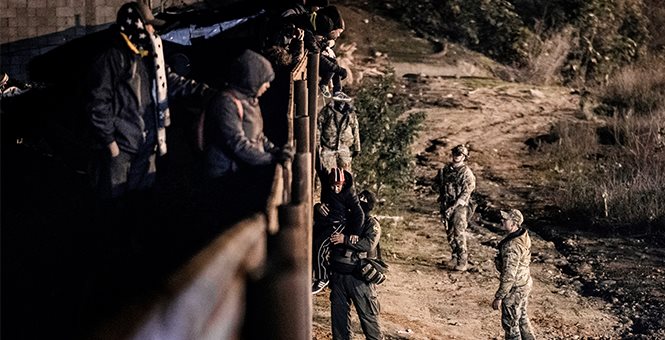 I objected to the president’s effort to make an end-run around Congressional appropriations powers with his national emergency declaration, but the declaration itself was quite clearly warranted based on the conditions on the ground. That’s not Trump’s opinion, or political appointees’ spin. It’s what career nonpartisan officials are saying as vehemently as they possibly can, imploring Washington to pay attention and act.

Source: ‘The System is On Fire:’ Media Forced to Acknowledge ‘Breaking Point’ in Border Crisis, With No End in Sight | Townhall

No Comments on "‘The System is On Fire:’ Media Forced to Acknowledge ‘Breaking Point’ in Border Crisis, With No End in Sight"