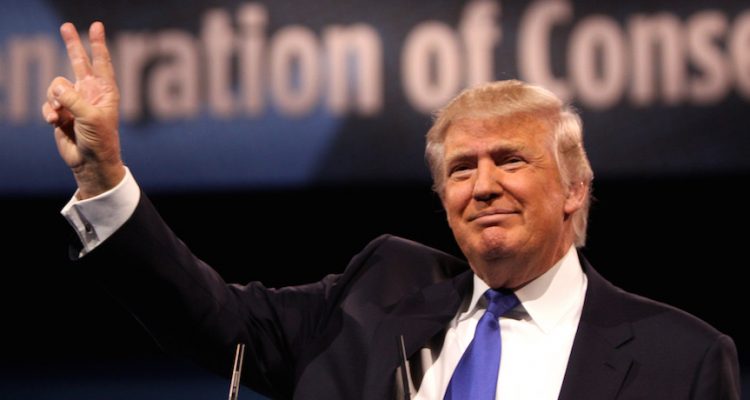 When President Donald Trump won the presidency in 2016, many were very concerned about his perceived temperament and lack of governmental experience but today he brokered a third peace deal in the Middle East and was nominated for a second Nobel Peace Prize.

He did not broker just any peace deal, he helped bridge the divide between some of the most divided countries in all of the world – Israel and its predominantly Muslim neighbors for one.

Only weeks ago, the Trump administration announced a ground-breaking peace agreement between Israel and the United Arab Emirates (UAE) which are expected to travel to the White House to sign the peace deal in person soon.

Additionally, the Kingdom of Saudi Arabia announced that “all countries” would be allowed fly-over rights for air travel to the UAE. In other words, they scrapped their long-time ban on all Israeli flights without singling them out by name. A Norwegian Parliamentarian subsequently nominated President Trump for the Nobel Peace Prize for this feat.

The White House announced last week a peace deal reached between the rivaling territories of Serbia and Kosovo which agreed to completely normalize economic relations for the first time in decades. A separate Norwegian Parliamentarian has now nominated President Trump for a second Nobel Peace Prize for this accomplishment.

The president announced today that a peace deal has been reached between Israel and the Kingdom of Bahrain who have also agreed to normalize economic relations. It is a series of events that virtually no one expected in Trump’s first term in office.

The man that critics alleged was prone to set off international crises has advanced the cause of world peace more than any other president in recent memory in just four short years. And it should not go unnoticed that President Trump has fostered a relationship with one of the most feared and erratic leaders in the world, North Korea’s Kim Jong Un who has been much less threatening toward the United States and its neighbors.

The 45th President made history in 2018 by becoming the first U.S. President to step foot on North Korean soil. In 2019, President Trump became the first president to meet the Emperor of Japan, a figure that is seen as divinely-ordained among the Japanese people.

Politics aside, every American should be elated that the world today is considerably more safe than it was four years ago and it was done without weakness, isolationism, or appeasement. President Trump brought us to this point with the Reagan-doctrine of “peace through strength” while exercising a surprising level of prudence and restraint.

President Trump is bringing peace to the war-torn Middle East.

Today I want to talk about the great American shaking and the bigger picture of...More