Daniel Pontious shares an impression the Holy Spirit recently gave to him, which came about while sitting and relaxing. Pontious describes how he saw a man riding a horse, declaring the Word of the Lord, riding in the darkness similar to Paul Revere, sounding the alarm at night. 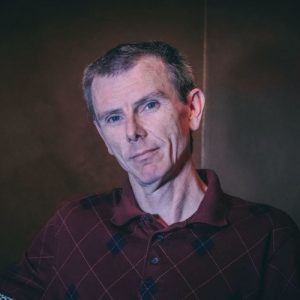 With all of the darkness covering the earth and gross darkness the people, many of the prophetic voices being released right now are being sent into the darkest places of this hour. And as the message of God’s redemptive power is being released, along with the clarity of the Holy Spirit, many are coming to the Light. The illusions of the enemy have caused the people to be put to sleep, but those people are now being stirred by the Lord’s message and released from their captivity!

These prophetic people will be TRUMPETERS OF TRUTH who have refused to buy into the lies, fears and deceptions of the enemy. By declaring the truth in love, they will bring a message of redemption, reconciliation and reawakening to the people the Lord sends them to!

THE PAUL REVERES ARE COMING! EVEN NOW THEY ARE IN THE EARTH! Stop buying into fears, lies and deceptions being spoken everywhere by the enemy, and awaken to clarity and truth from the Holy Spirit in this hour! It’s time to prepare for battle as the army of God is being AWAKENED by the message of CLARITY and REDEMPTION being released, even now, in the darkest of hours!

Source: The Paul Reveres Are Coming! | The Elijah List

No Comments on "The Paul Reveres Are Coming!"