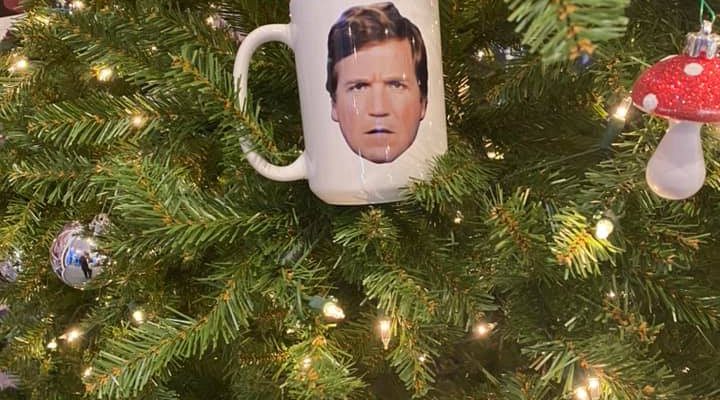 You will know the outcome of the election sooner than you think. January 5-6 are D-Day for America. This is when the 50 states report their electors in alphabetical order. Arizona will be the first contested election. 160 Republicans in Congress have risen up to challenge the vote. Senator Josh Hawley of Missouri is standing up in the Senate, in defiance of McConnells wishes that they just accept the Biden electors.

The future leaders of the party will be seen this week and 75 million voters are watching.

God is watching over the next generation.

The Congress and Senate will engage in a two hour debate about this evidence of fraud and other such data. Speakers are allowed 5 minutes, unless given more time by another speaker. Both houses will vote after two hours debate on each state. BOTH must agree to overturn the Biden Electors.

WHERE IT STARTS
Arizona will be the first slate of electors to be challenged. The gap between Trump and Biden is about 10,000 votes. There were 32,000 illegal immigrants who voted. There were 8,000 dead people who voted. That 40,000 vote deduction more than makes up for Trumps 10,000 vote gap. (And that does not include the 50 Dominion voting machines that are supposed to be looked at that nobody can get their hands on. These machines processed 60% of Arizona’s votes!)

There is a similar story for each contested state.
If Democrats and Republicans cannot agree to overturn Arizona the whole nation will be part of the jury hearing the arguments and evidence. If both houses agree to overturn the electors it will be something of a miracle, since Democrats outnumber Republicans in Congress. As we saw in the Impeachment vote, the Democrats don’t act independently. We need the same miracle in each other contested state or till enough to drive Biden under 270 electors.

So know that if these electors for Biden are overturned it will be a miracle along the scale of a divine healing or resurrection. However there is ANOTHER PATH.

Thats 11 Senators when you add Josh Hawley. There will probably be more. The pressure is mounting daily.

These Senators efforts are SEPARATE from the one announced by Sen. Josh Hawley, R-Mo., who said this week that he would object to what he said was the failure of some states — most notably Pennsylvania — to follow their own election laws.
Cruz says: “Voter fraud has posed a persistent challenge in our elections, although its breadth and scope are disputed. By any measure, the allegations of fraud and irregularities in the 2020 election exceed any in our lifetimes,” the lawmakers say in a statement.

EMERGENCY 10 DAY FACT FINDING DEMANDED!
CRUZ states that “Congress should immediately appoint an Electoral Commission, with full investigatory and fact-finding authority, to conduct an emergency 10-day audit of the election returns in the disputed states. Once completed, individual states would evaluate the Commission’s findings and could convene a special legislative session to certify a change in their vote, if needed,” they say.

Without that, they will vote against the certification.
“Accordingly, we intend to vote on January 6 to reject the electors from disputed states as not ‘regularly given’ and ‘lawfully certified’ (the statutory requisite), unless and until that emergency 10-day audit is completed,” they say in the statement.

It is unclear how many more Republicans will join their cause but nearly every Republican running for Congress and 19 Republican Senators running in 2022 are feeling the heat.

TAKE HEART-THIS IS All GOOD

Those who understand the cultural and political dimension of our crisis and embrace the idea of a 2022 political backlash will be at the forefront of the Christian Populist Movement. This is where our founding as a nation fits in. We’ve had pre-revolution George Whitfield Awakeners in the fields and we’ve had Jonathan Edward’s Awakeners in the pulpit but we’ve never had them at the same time as an American Revolution the likes of 1776. That’s what makes this different. It’s a political and cultural reformation fused with an Awakening.

WE HAVE BEEN HERE BEFORE
This CONSTITUTIONAL CRISIS has happened before in America. In 1877 when Rutherford Hayes was elected. The solution was an “Electoral Commission” involving 5 Senators, 5 Congressman and 5 Supreme Court judges.

We are also entering a repeat cycle in revival history in Americas post WWII revival cycle. It was another 4th Turning, a national crisis that occurs every 80 years. Billy Graham rode that wave to Maddison Square Garden and warned that “America is under the judgment of Almighty God and unless we repent we will be destroyed as a nation and the devil will devour our freedoms and our wealth and our families under the tyranny of atheistic communism.” This classic Billy Graham Cold War message packed the altars and culminated in Eisenhower approving the motto “in God we trust.” Proof that this 4th turning WWII cycle I described is repeating is confirmed in one of the items being pushed into the potential Biden administration, namely, REMOVE the motto “In God we trust.”

YOUR prayers are impacting history. Many of us will be in Washington on January 5-6 to pray and stand. I would not be going if I did not believe that God is at work in this moment of history.

WHAT WILL PENCE DO?
I was concerned about him having the will to overturn the electors, especially as he would be putting himself back into office. However, I can see him agreeing for the 10 day extension. I’m looking into this. He has authority to overturn, but can he delay?

Stay in the Spirit and keep contending! Right now the good news is that we are on offense and the devil on defence. The gates of hell cannot prevail. If the 6th is extended 10 days it will be January 16 to 18th before the matter is clear. God is clearly proving the verse “My times are in thy hands.”

(I found this Tucker ornament on Charlie Kirk’s Christmas Tree at Turning Point in AZ. May Arizona be our turning point as a nation.)