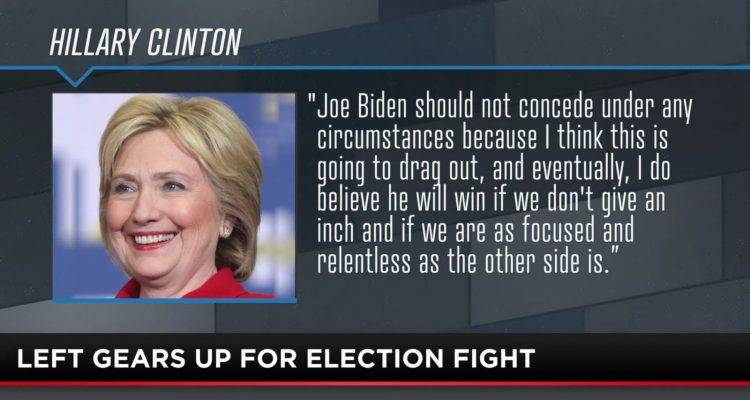 The last few days have revealed an alarming trend of what appears to be a scheme by Democrats to steal the 2020 presidential election.

“Illegitimate” is a word that has been thrown around by Democrats in Congress like Rep. Al Green (D-TX) ever since Donald Trump was elected the 45th President, before they impeached him in an overt attempt to reverse the will of the people.

The unholy Democrat-media alliance is now throwing everything they can at the president with less than 60 days until what may be the most important election in American history. They continue fighting to change the rules with mass-mail-in voting which endangers the integrity of the election and now they are calling for something even more alarming.

Facebook CEO Mark Zuckerberg said this week that the social media giant will be taking steps to reassure the American people that the outcome of the election could take “weeks or even months” for all the votes to be counted, saying that it is “normal.”

Compounding this brazen initiative are the words of failed presidential candidate Hillary Clinton who made the following ominous comments this week:

“Joe Biden should not concede under any circumstances because I think this is going to drag out, and eventually, I do believe he will win if we don’t give an inch and if we are just as focused and relentless as the other side is.”

Furthermore, a group that is funded by New York billionaire and failed presidential candidate Michael Bloomberg called “Hawkfish” was the first to make the claim on September 1, claiming that even if President Trump “appears to win in a landslide,” mail-in ballots could flip the election on it’s head as all the votes are counted.

This mind-game being waged on the American people is a shocking attack on our Democracy. The Obama Administration already shook the foundation of America’s elections by violating the timeless tradition of the peaceful transition of power by continuing to spy on the Trump campaign, General Michael Flynn, and countless others.

Even worse, FBI agents abused the judicial system by manipulating evidence and using the debunked “Steele Dossier” to justify their actions which we have learned was actually paid for by the Democrat National Committee and Hillary Clinton campaign.

According to the Department of Justice, this corrupt election-scheme was confirmed just a few weeks ago when former FBI attorney Kevin Clinesmith pleaded guilty to one count of making a false statement within both the jurisdiction of the executive branch and judicial branch of the U.S. government, an offense that carries a maximum term of imprisonment of five years and a fine of up to $250,000.” Attorney General Bill Barr that more indictments may be issued before November.

As if the Democrats’ track record of lawless behavior combined with their recent forceful push for a mass-mail election was not bad enough, they now expect us to wait “weeks or months” to provide Democrat operatives the opportunity to steal the presidential election.

That is not normal and we the people will not stand for it. We must demand that the votes be counted on Election Day, as they always are, and not tolerate anything less than a winner being announced within 24-48 hours. Our Republic cannot survive without the people having faith in our election process and these developments reek of corruption.

The same people who tried to steal the 2016 election are trying to do it again and if they win, they will get away with all of it.

The Next Shoe to Drop in FBI Corruption Case: the CIA and U.S. Allies

There is more to learn when it comes to the federal government’s entrapment of Lieutenant...More