Anyone who is conservative or Christian knows that Twitter are quick to ban people for having the wrong opinions. Disagree with Trans-ideology and discuss it on Twitter? Banned. Have ideas that the mainstream don’t like? Banned.

This is nothing new. However, Twitter has a horrifying infestation and even though numerous users have said that they’ve reported the accounts in question, thus far, Twitter has done nothing. So, what am I talking about, you may ask? Unfortunately, I’m talking about pedophiles.

In the absolute clown world that we live in today, pedophiles have been quietly colonizing Twitter and when users have reported their accounts, they’ve stated that Twitter has come back saying the accounts do not break terms of service. The pedophiles even boast about this in their Twitter timelines. 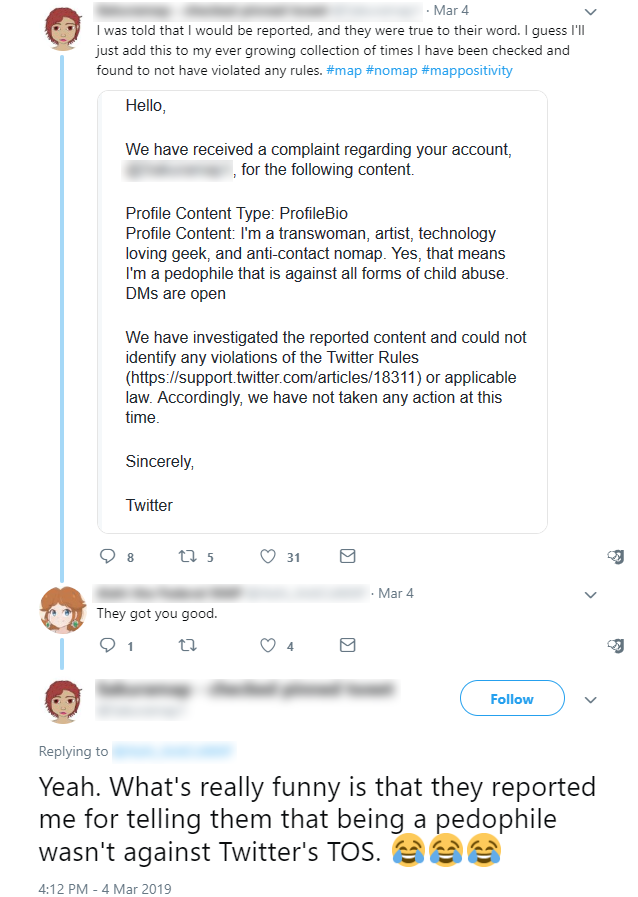 Things have become so twisted in the real world, that these people are advocating that they should get representation equal to LGBT rights, or be added under the LGBT umbrella.

They called themselves MAP (minor-attracted person) and according to many on Twitter they were thrown off another platform several months ago and washed up on the ‘woke’ shores of Twitter. People have had their accounts suspended for calling these MAP’s pedophiles. Calling them what they are is apparently in violation of Twitter’s targeted harassment policy. The logic seems to be that being a pedophile isn’t a crime, but molesting kids is.

It’s rare that one of these accounts is actually removed from the platform. Yesterday it was only after hundreds of people reported one of these MAP accounts for admitting to a crime that Twitter did anything about it, even though up until that point the pedophile in question had been encouraging children to contact him or her ‘to talk’. 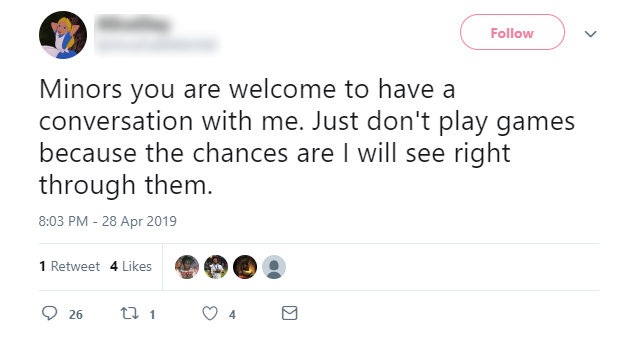 At the moment Twitter does not seem inclined to change their policy on these accounts, so their community will continue to grow until Twitter is forced to deal with it. In the meantime and as always, make sure you know what your children are doing online.