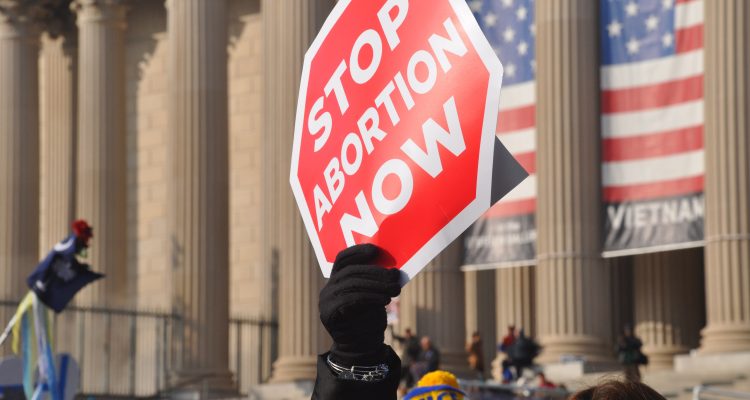 Genocide is regarded as the cruelest sin that mankind can commit against their fellow man. And yet it remains the tragic fate of more than 100,000 unborn children per day worldwide.

Sadly, the barbaric practice of abortion is not only accepted by the masses, it is often praised and considered by many to be a noble act in the United States and around the world.

According to the World Health Organization, as many as 50 million unborn people are aborted every year. To put this into perspective – there were roughly 20 million casualties from World War I and more than 60 million in World War II.

During the Civil War, America’s bloodiest war of all time, more than 600,000 lives were lost. According to the Centers for Disease Control (CDC), over 623,000 babies were aborted in 2016 alone. Clearly, the double standard on this issue is very prominent.

Over 600,000 Americans every year are deprived of their most basic human right: the right to life. The total number of U.S. abortions since 1973 is north of 60 million according to all.org. 60 million American workers, scientists, engineers, and maybe even presidents were never given a chance to realize their potential.

But the true human cost of this disgusting practice cannot be fully appreciated without some extrapolation and simple math. How many children would have been born to these victims of abortions? How many grandchildren would they have been blessed with?

The average American family has two children which has been the case since Roe v. Wade in 1973. By multiplying the number of abortions by the birthrate in the United States, we can come to the conclusion that the number of American lives rooted out by abortion is more than of 150 million. I say more because the birth rate would necessarily be higher without it.

The effects this has on humanity and the United States is unfathomable. According to worldometers.info, 50% of pregnancies are unintended and 4 in 10 are aborted. While the moral dilemma is an obvious one, abortion also hurts America’s standing in the world as our population, and thus cultural influence, has been shrinking for the past decade.

While many of us agree that any abortion is repugnant, the most offensive form of this genocidal policy is the sickening practice of late-term abortion. Most abortion victims in the United States are rooted out before the second trimester but, shockingly, seven states maintain “no limit.” This includes Alaska, Colorado, New Hampshire, New Jersey, New Mexico, Oregon, and Vermont according to KFF.org as of January 1, 2020.

The definition of genocide is “the deliberate killing of a large group of people, especially those of a particular ethnic group or nation.” Planned Parenthood founder Margaret Sanger opened the very first abortion clinic in Harlem. While black Americans make up just 13% of the U.S. population, they make up more than 30% of all abortions. It is past time to stop the genocide.

In San Francisco, pro-life undercover activist Sandra Merritt, testified before a jury in the Planned Parenthood...More