Breaking Israel News: The Temple Institute in Israel, inaugurated its “Raise a Red Heifer in Israel” program, three years ago and just announced the birth of an entirely red heifer this week. The Institute has been importing frozen embryos of red angus, implanting them in Israeli domestic cows, and raising them on cattle ranches in different locations throughout the country. 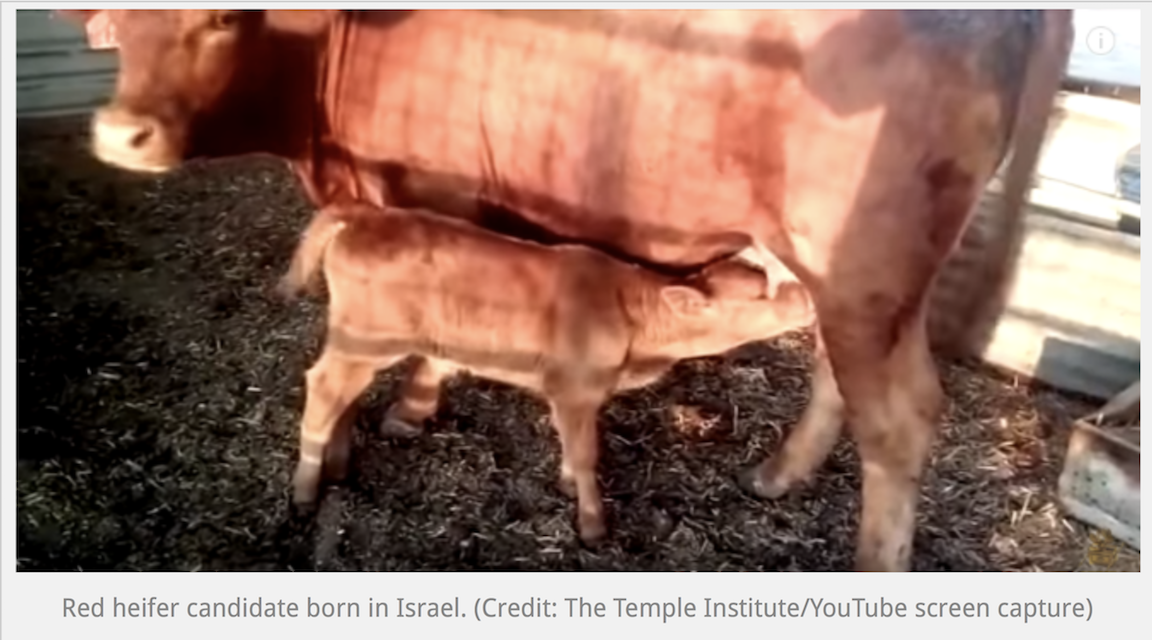 Several heifers have been found in recent years that seemed to qualify but ultimately were unsuited for the ritual. Earlier this month, two calves born in Israel to the Institute’s red heifer program were deemed to be unsuitable for the performance of the mitzvah. One calf was a bull while the second, a heifer, had a small patch of white hair which disqualified her. The heifer, born from a natural birth, must be entirely red, with no more than two non-red hairs on its body. It must also never have been used for any labor or have been impregnated. The existence of such a heifer is considered a biological anomaly and very rare. Fortunately, the ritual requires an infinitesimally small quantity of ashes. From the time of Moses, who personally prepared the first heifer, until the destruction of the Temple, only nine red heifers were prepared. Nonetheless, this was sufficient to maintain the ritual purity of the entire nation for almost 2,000 years.