The Blaze: Francisco Santa Anna, a reporter for the Spanish network Univision, stated he met people from Bangladesh and also came in contact with others traveling from El Salvador. He also reported that those from Bangladesh had been detained in an immigration center. 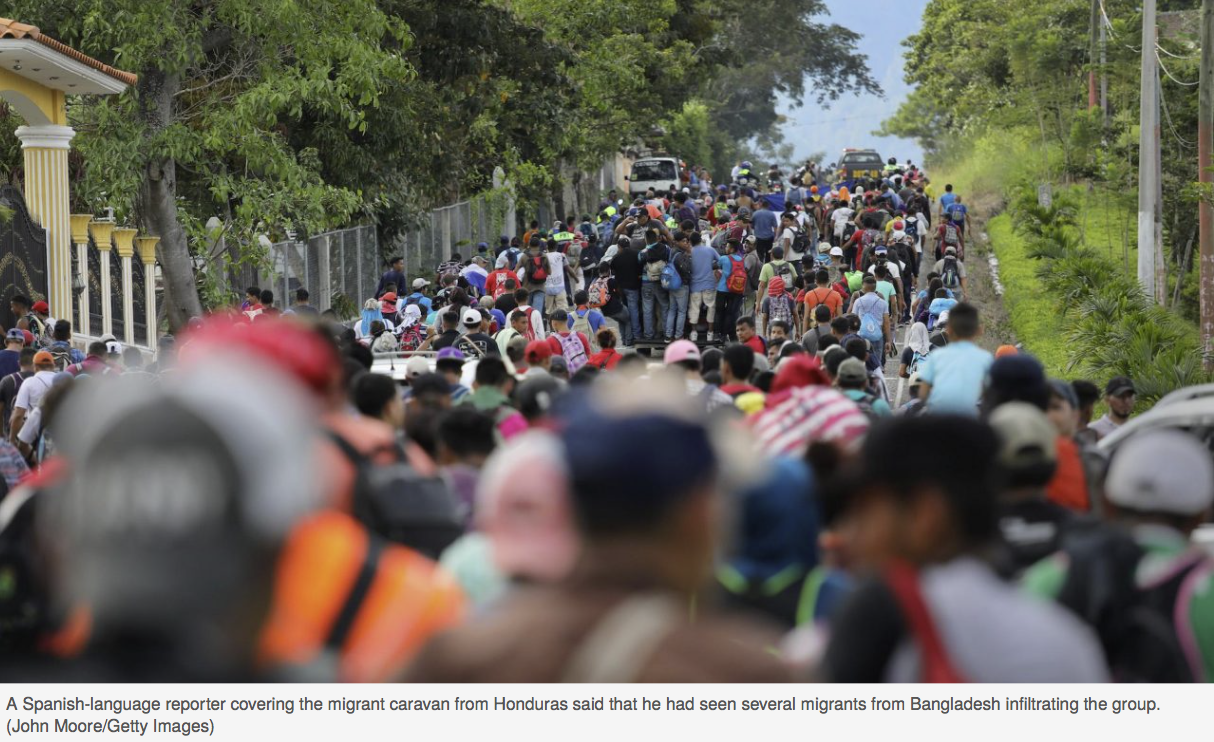 Mexican officials appeared to listen to President Donald Trump’s demands to stop the caravan from arriving at the U.S. border, but recent reports indicate that some officials are aiding the migrants on their trek.

The Mexican ambassador to the U.S. admitted Thursday on Fox News that they believed the caravan to be at least in part politically motivated.

“We have evidence that this caravan is also very much politically motivated,” ambassador Gutierrez said. “We’re obviously sensitive to the humanitarian situation that we encounter, and we’re acting precisely.

Source: Spanish-Language Network Reporter Reveals Who Is ‘Infiltrating’ Migrant Caravan Heading To US | The Blaze