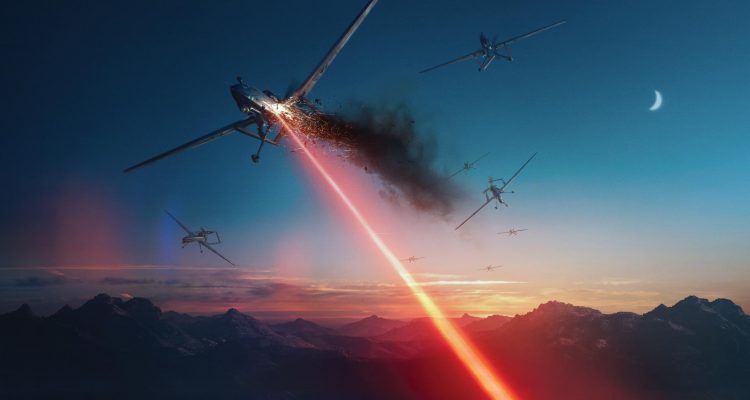 United States Defense Secretary Mark T. Esper sounded the alarm this week about a new space war with our rivals on the world stage, saying that Beijing and Moscow pose a new threat with their Directed-Energy Weapons (DEWs).

Esper condemned China and Russia for turning space into a “warfighting domain” with “killer satellites” and DEWs. He proclaimed that the United State’s space warriors “will be at the forefront of tomorrow’s high-end fight” in “the ultimate high-ground: space.”

He explained that these new-age weapons have the potential to undermine America’s military dominance as the elite fighting force in the world. DEWs use focused energy, similar to a laser, which is extremely fast, accurate, and destructive.

The United States has been putting billions of dollars into Research and Development (R & D) for the same reason as Russia and China, primarily missile defense. Esper said that recent funding has been critical in giving the United States the edge in space. The Defense Secretary praised the work of the United States Air Force and the first new military branch in more than 70 years, the United States Space Force.

This unprecedented technology race could jump-start space-based technology as the two world powers invest heavily toward the goal of dominating this new frontier. However, both sides could potentially develop weapons of unprecedented power and destruction.

While the United States is believed to maintain military advantage over China “the People’s Republic” has invested heavily in it’s naval presence and now boasts more than 350 ships, inching closer to America’s 490. However, the U.S. maintains dominance in the most valued naval vessel, the aircraft carrier, with eleven to China’s two.

This new “space war” is reminiscent of the arms race that took place during the Cold War when the space race and the nuclear arms race led to the fall of the USSR. With the prospect of a new arms race with China, our undisputed rival on the world stage, we can be hopeful that the Communist Party could face a similar fate as it struggles to keep up with the innovation and efficiency of American capitalism.

The Department of Defense released a video last year showing a U.S. Navy ship firing a directed-energy weapon and destroying a drone so it appears that the American military is on top of this new, state-of-the-art weaponry.