Bloomberg: Billionare and financier George Soros, is predicting a looming financial crisis and that Europe is in danger. At the time of the article, Italian bonds has been doing remarkably well, although political turmoil there is rekindling memories of the euro zone’s woes of the past decade, and caution is spilling over into global markets. 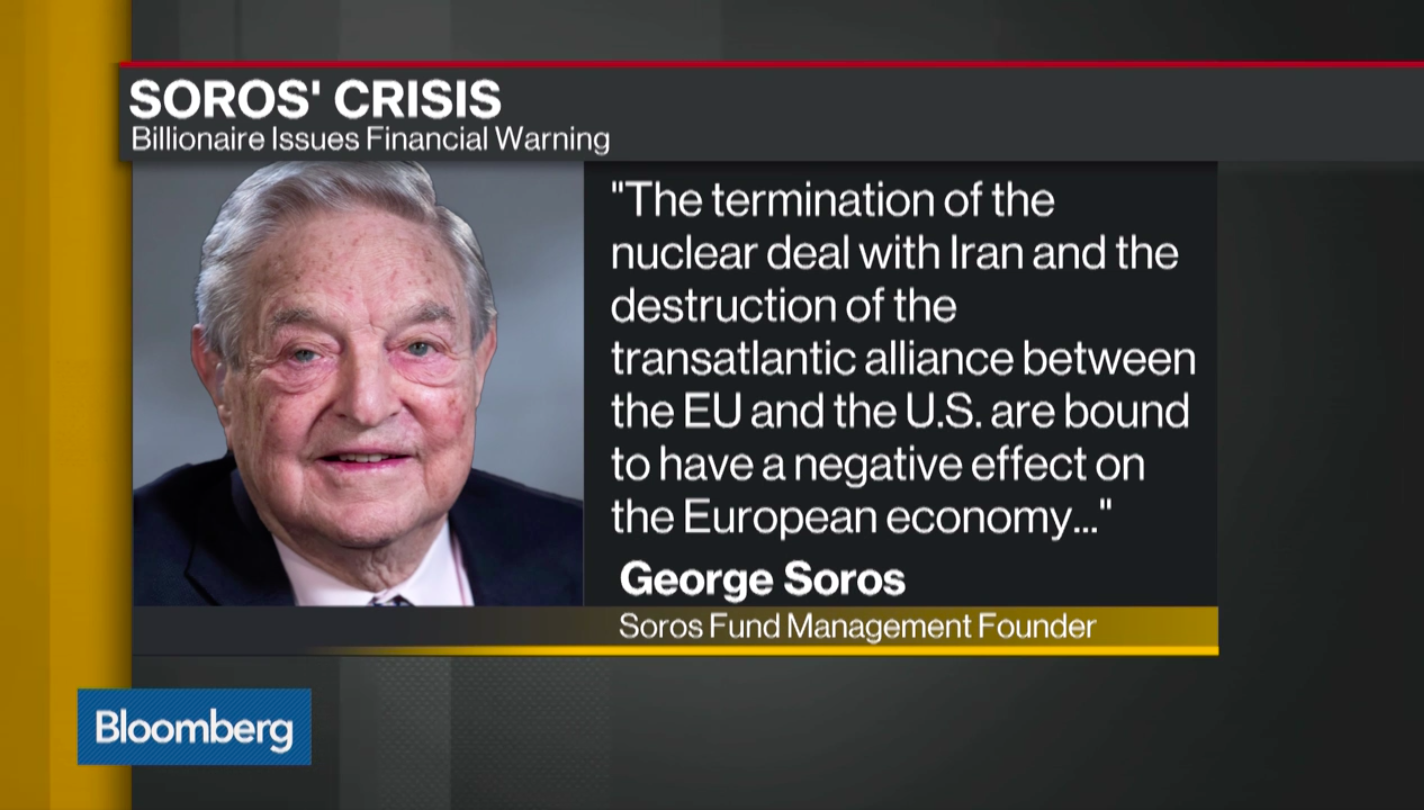 The stark warning from the billionaire money manager comes as Italian bond yields have jumped to multi-year highs and major emerging economies including Turkey and Argentina are struggling to contain the fallout from runaway inflation. Soros, who has been the object of ire by the government of his native Hungary, saved his gloomiest outlook for the EU.

“Everything that could go wrong has gone wrong,” he said, citing the refugee crisis and austerity policies that catapulted populists into power, as well as “territorial disintegration” exemplified by Brexit. “It is no longer a figure of speech to say that Europe is in existential danger; it is the harsh reality,” he said.

Soros’s proposed remedy for some of the ills facing Europe is an EU-funded Marshall Plan for Africa, worth about 30 billion euros ($35 billion) a year, which would ease migratory pressures to the continent.