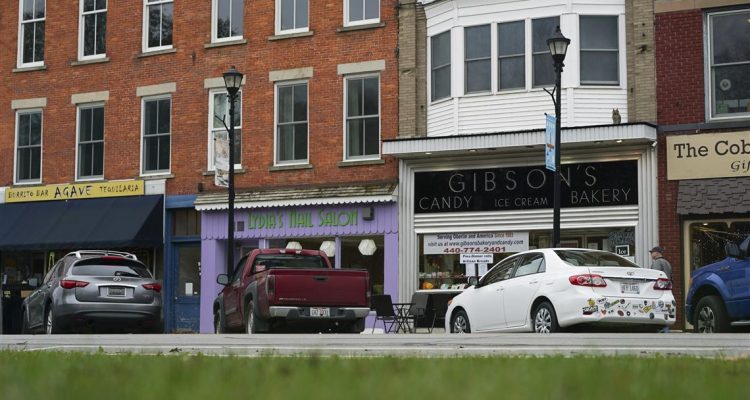 In 2016 the New Yorker ran a story about a notorious, now infamous college in Ohio. Oberlin College administrators received a flurry of demands from the student body including getting rid of midterm exams, adding trigger warnings to classic literature, and banning any grade below a ‘C’.

It shouldn’t come as a surprise to anyone that this wouldn’t be the last time we would hear about Oberlin. In November 2016, Allyn D. Gibson was working in Gibson’s Food Market and Bakery, which has been serving the town of Oberlin for over 130 years. An African-American, Oberlin student tried to purchase wine with a fake ID and Allyn refused to serve him as he was underage. While they were talking, he noticed that the man had two further bottles of wine under his shirt.

Mr. Gibson then called the police, the man tried to flee, dropping the bottles on the floor. A scuffle ensued when Mr. Gibson pursued. Two female, African-American Oberlin students joined the fray. By the time police arrived, all three had Mr. Gibson on the ground and they were beating him.

Normally you would think a simple case of shoplifting going awry would be handled by the courts and that would be the end of it but this case of shoplifting happened on a very special day. The day after President Donald Trump was elected. Both the students and faculty seemingly needed someone to take out their collective rage on and that target turned out to be Gibson’s.

The facts of this case are not in dispute. All of the suspects plead guilty to a host of charges, with one going so far as to include in his plea statement that Mr. Gibson was entirely “within his legal rights” to stop him.

The student body alleged that the would-be thieves were in fact victims of “Racial Profiling” by Gibson’s. They organized multiple protests, distributed leaflets claiming that Gibson’s bakery was racist and things got so out of hand at some of the demonstrations outside the bakery, riot police had to be called.

Oberlin chose to punish Gibson’s financially by withdrawing catering contracts that the company held for years. They also allowed students to skip classes to go and protest the bakery. Meredith Raimondo, the dean of students, was seen passing out flyers accusing Gibson’s of a “long account of racial profiling and discrimination”.

Legal Insurrection reported that the Gibson family claimed school administrators told them they would reinstate their contracts if they dropped the charges against the Oberlin students and contacted them instead of police if students were caught shoplifting. The Gibsons refused and instead lodged a lawsuit against both Oberlin and Meredith Raimondo seeking $12.8 million on numerous counts.

After all of the protests, the picketing and the leafleting the bakery had let most of their staff go and in closing arguments on Friday, the jury was told that the owners took no salary for two years. If they didn’t find for the plaintiff then Gibson’s would have to close after supporting five generations of the one family and surviving two world wars.

The jury did not disappoint. The plaintiff’s lawyers showed the jury that Oberlin held over $1 billion in assets. Oberlin tried to argue that they were cash poor. The jury was not swayed and issued the family $11 million in compensatory damages on Friday, June 7th. 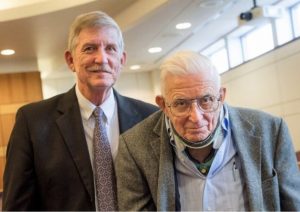 The final bombshell came late yesterday, when the jury returned a verdict of $33 million in punitive damages, taking the total to $44 million. This will, without doubt, be reduced, as Ohio law states that punitive damages can be no more than double the compensatory damages. This would still be a $33 million verdict even with that reduction.

Progressive news outlets are already proclaiming that this is a chilling attack on free speech but that’s nonsense. Nowhere in the first amendment does it give an individual or institution the right to defame or libel anyone without consequence.

George Soros’ organization The Open Society Foundation (OSF), has quite a long history of backing...More