In a move proving that the Democrats don’t care about gun control, they are just playing politics, after they voted down an amendment to H.R. 8, The Bipartisan Background Checks Act of 2019. Yesterday an amendment was offered by Congressman Greg Steube (R-FL) that would have seen law enforcement notified if someone attempted to buy a gun and failed the Federal background check. Steube’s amendment would also have required Immigration and Customs Enforcement to be informed if an illegal immigrant tried to purchase a firearm. 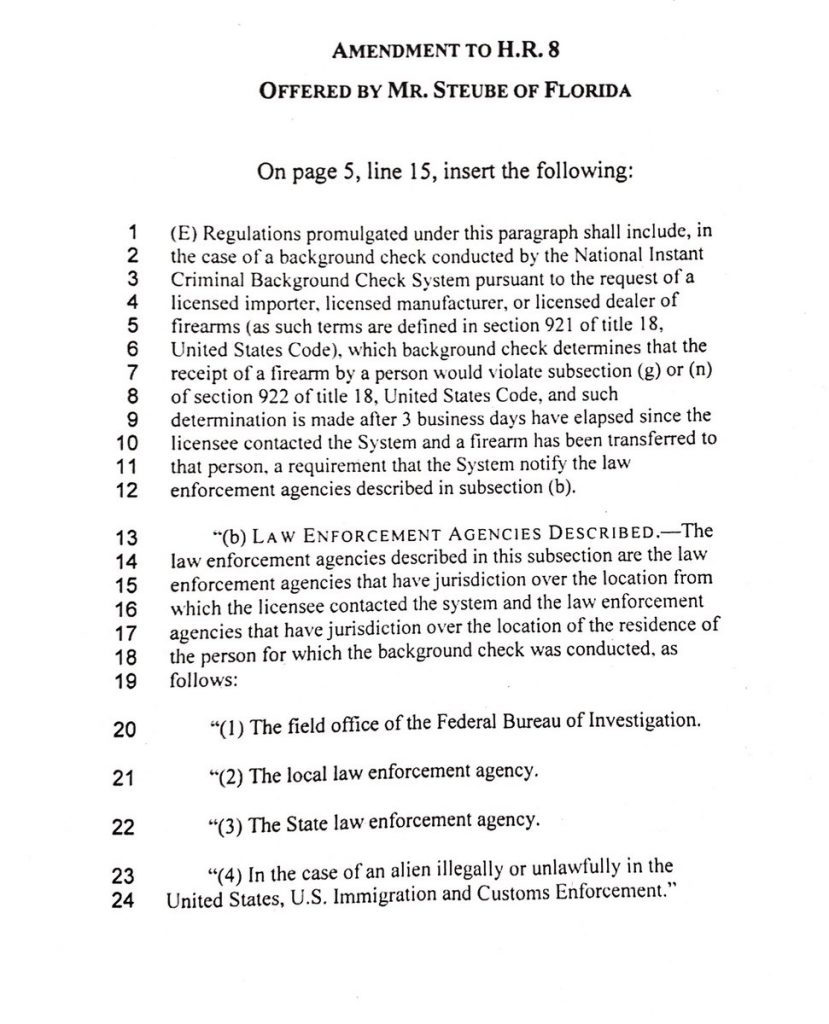 It shows how deep the Democrats hatred of ICE goes. They hate them so much; they’d rather illegal immigrants to the country can attempt a firearms purchase without consequence.

Further proving the Democrats political games, H.R. 8 as written right now would not have stopped any of the tragic shootings that happened in in the last few years. Nikolas Cruz, the parkland shooter passed a background check. The Thousand Oaks shootings at the Borderline Bar and Grill were carried out with a legally obtained gun, and California’s gun laws are some of the toughest in the country.

It would appear that H.R. 8 is not really an attempt to stop gun violence and crime, it’s an attempt to restrict the rights of millions of law-abiding citizens.

(White Settlement, Texas) - A gunman was positioned to kill scores of Christians at a...More

No Comments on "Should ICE Be Informed If An Illegal Tries To Buy A Gun? Dems Say No!"