SHE SAID WHAT?!?!
Stop harassing Catholics!

Knights of Columbus is a Catholic fraternity. They represent Christian values, why does this offend the Senator from California? Evidently, Leftists do not want Catholics in office. This lady, like her counterpart in Congress, Cortez, will not be going away. The leftist media is already pushing these new heroes to the forefront with an eye on 2020, so let’s brand this for what it is. And let’s put a spotlight on the harassment. For now, this is Senator Kamala Harassment. When she stops picking on Catholics and Protestants, I will give her a name change.

The BIG question is: “should we be making religion a disqualifying issue in public service?” Do we not already have laws forbidding this? Does Senator Harassment want the opposition party to harass future candidates by asking Muslim freshman if they deny agreement with practices of Sharia Law and renounce Koranic opposition to homosexuality? Does Kamala have a problem with religion in general? Should we ask her if a Muslim or Jew or Evangelical should be denied the right to serve in public office if they hold fast to their beliefs about the sanctity of marriage and life?

These leftist (from NY, and CA in particular) need to be called out for the dangerous direction they are driving us toward. This assault on Christianity needs to stir up of the sleeping giant that represents 35% of the population made up of conservative Catholics and Evangelicals.

Should a church or ministry be allowed to exist if it does not bow the knee to Leftist doctrine? Is the new left a new church with a new political caste of priesthood? This is where we are moving folks. The devil hates Christians and Israel. The end times is all about the consolidation of political power and economic control over the nations in order to isolate and destroy people who follow Jesus and love Israel. I am seeing this unfold in Asia and by increments at home.

Kamala Harris’s Outrageous Assault on the Knights of Columbus 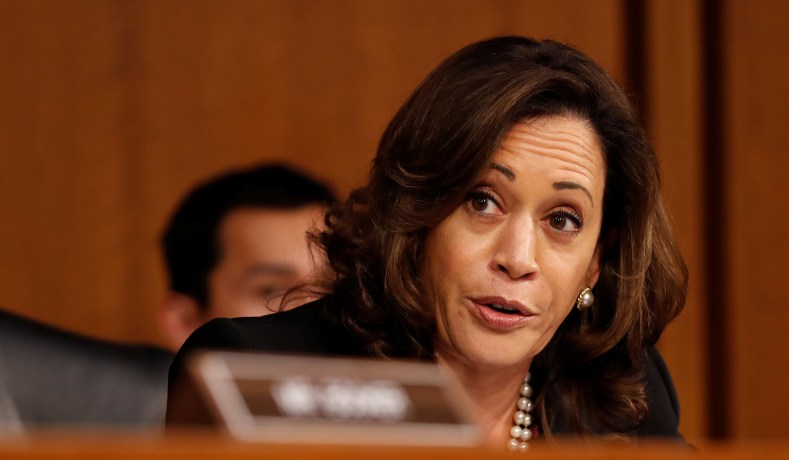