Charisma News: The Carr Fire which has been raging in Redding, California has made the national news. Shawn Bolz gives a word of hope as well as identifying and contrasting past historical tragedies and when a move of God followed afterward. He used the example of the San Francisco earthquake in 1906 and the great awakening of America that started in 1908 through many movements, most notably, the Azusa Street Revival. He declared Romans 8:28 over this situation as well as praying for God to miraculously intervene. 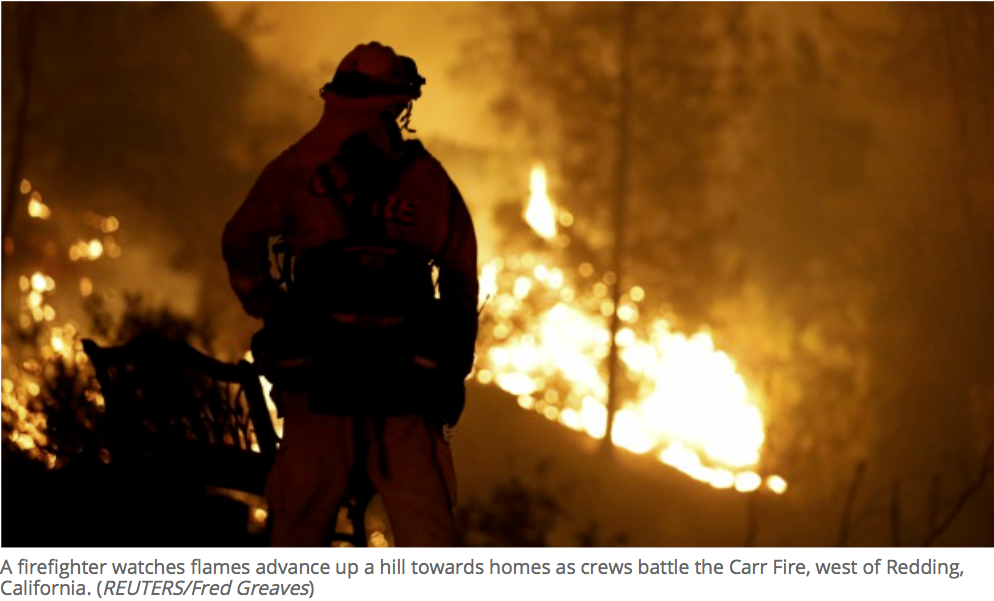 Before God moves in power and might, we have seen a pattern in many revivals or waves a pre-action on the earth: depressions, natural disasters, wars and rumors of war. Almost every time a whole region gets hit by something natural, man-made or enemy-initiated, the glory of God follows shortly after in unprecedented ways.

I believe what God will do in Redding shortly after this terrible week will be historic for the church at large and will help to bring about a window of evangelism and ingenuity to the church that will come across media, both Christian and secular: Breakthrough is imminent!