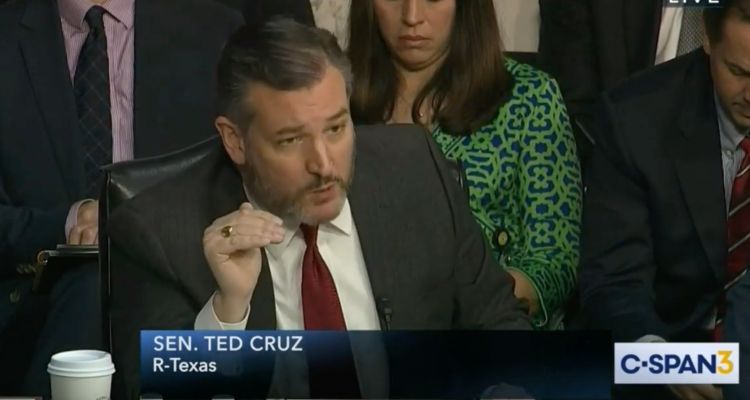 Senator Cruz had several quotable remarks as he questioned Horowitz today. Cruz addressed 17 significant errors and misstatements made by the FBI and the DOJ listed within the IG’s 434-page report, calling the Steele Dossier a bunch of “malarkey.”

Cruz then turned to what may be the most damning omission: the FBI and DOJ hiding from the FISA court acritical fact that the DNC and the Clinton campaign funded Steele dossier information.

Cruz points out the opposition research done by the DOJ and the FBI at some level, the most effective dump in history. Cruz also points out that the FISA court was not informed who paid for it, naming the DNC and the Clinton campaign. He also said that this was omitted, although Bruce Ohr’s wife had worked at Fusion GOP–the very same opposition company funded by the DNC.

Cruz goes on to state, “I can tell you from my time at the Department of Justice and from my time in law enforcement, any responsible leader — when hearing that you’re talking about sending in spies and sending in a wiretap on any presidential nominee — should say, ‘What in the hell are we doing?!’ “I can tell you, when I was at DOJ, if someone said, ‘Let’s tap Hillary Clinton,’ or ‘Let’s tap Bill Clinton or John Kerry,’ the people there would have said, ‘What in the hell are you talking about?!'”

Don’t miss where Cruz ends his rant with, “This wasn’t Jason Bourne. This was Beavis and Butt-Head.”