Fox News: Jay Sekulow, one of President Trump’s attorney’s, spoke out on ‘The Ingraham Angle’ about the response to Mueller’s request to interview the president. He insisted that they will not allow him to walk into a perjury trap, stating that “If you lined up 100 lawyers, you’d have 100 lawyers say: ‘Don’t sit down for an interview.'” Sekulow’s interview comes after receiving yet another interview proposal from Mueller’s team. 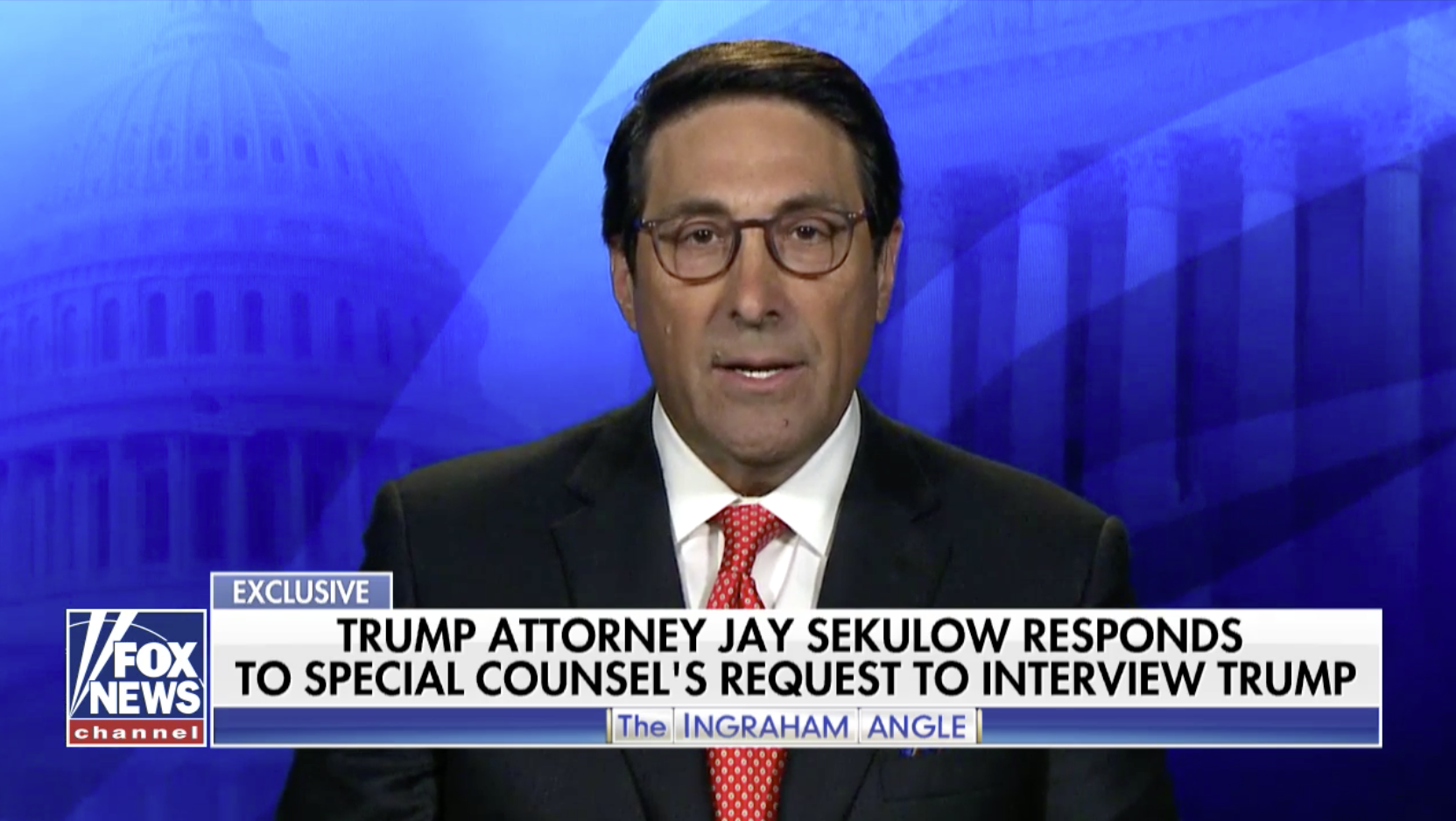 “These are not two paragraphs,” Sekulow said. “These are well-thought-out legal positions that, as I’ve said multiple times, have implications not just for this president but for any presidency.”

Rudy Giuliani, another lawyer for Trump, also declined to go into detail during an appearance on “Hannity.” He said Trump’s team had offered Mueller “an opportunity to do a form of questioning.”