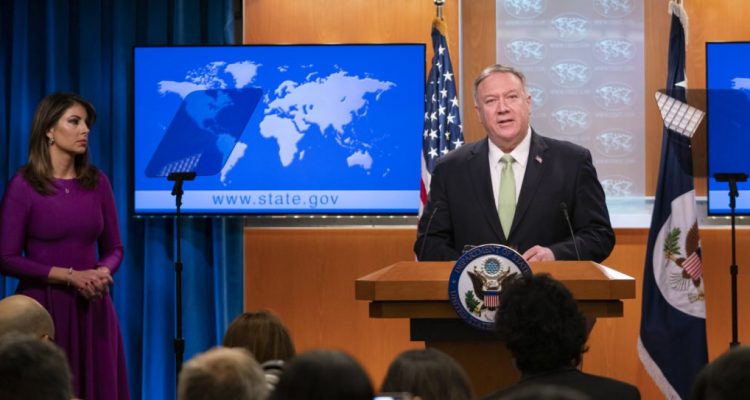 Secretary of State Mike Pompeo responded to a report by the Federalist on Tuesday concerning Democratic senators who privately met with Iranian Foreign Minister Javad Zarif without State Department knowledge or approval.

Democratic Sen. Chris Murphy of Connecticut and others met with Zarif last week while attending the Munich Security Conference, an annual meeting with hundreds of world leaders to discuss international threats.

“I have seen that piece about some senators meeting with Foreign Minister Zarif,” Pompeo said during a press conference with Ethiopian Minister Gedu Andargachew in the East African nation Tuesday. “This guy is designated by the United States of America. He’s the foreign minister for a country that shot down a commercial airliner and has yet to turn over the black boxes. This is the foreign minister of a country that killed an American on December 27. And it’s the foreign minister of a country who is the largest world sponsor of terror and the world’s largest sponsor of anti-Semitism… If they met, I don’t know what they said. I hope they were reinforcing America’s foreign policy and not their own.”

Murphy’s meeting with Zarif took place despite defending rogue Democratic meetings with foreign leaders in the past. Murphy has also brought harsh criticism of Republicans who sent an open letter to the Iranian regime while the Obama administration stamped out the details of a nuclear agreement with the Middle Eastern adversary. Murphy, a staunch defender of the agreement, said the Republicans were “undermining the authority of the president.”

“Any effort to undermine our nation’s foreign policy – even during a transition period – may be illegal and must be taken seriously,” Murphy said at the time.