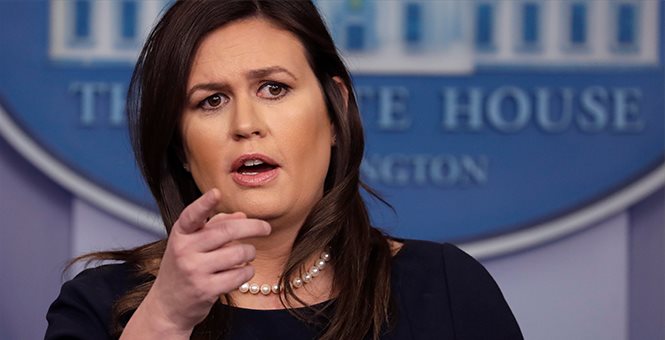 Guthrie impelled Sanders to answer whether or not Trump was being too harsh to special counsel Robert Mueller over the Russia investigation. Trump called the probe a, “witch hunt,” labeled Mueller, “highly conflicted,” and said that his team of Democrats were, “thugs.” “For the last two years, the president has absolutely eviscerated Bob Mueller, a lifelong public servant, a former Marine, a registered Republican, I might add,” Guthrie said. “He’s called him a national disgrace, discredited, a prosecutor gone rogue who oversaw a gang of thugs.”

Source: Sarah Sanders Had the Perfect Answer When Asked If Trump Owes Mueller an Apology | Townhall