This past Sunday, during a Russian state TV news report, potential targets in the U.S. were listed in the event of a nuclear strike boasting that its new missile technology could reach them in less than five minutes. Targets included lists both the Pentagon and Camp David. This report comes days after Russian President Vladimir Putin warned the U.S. against deploying intermediate-range missiles in Europe. 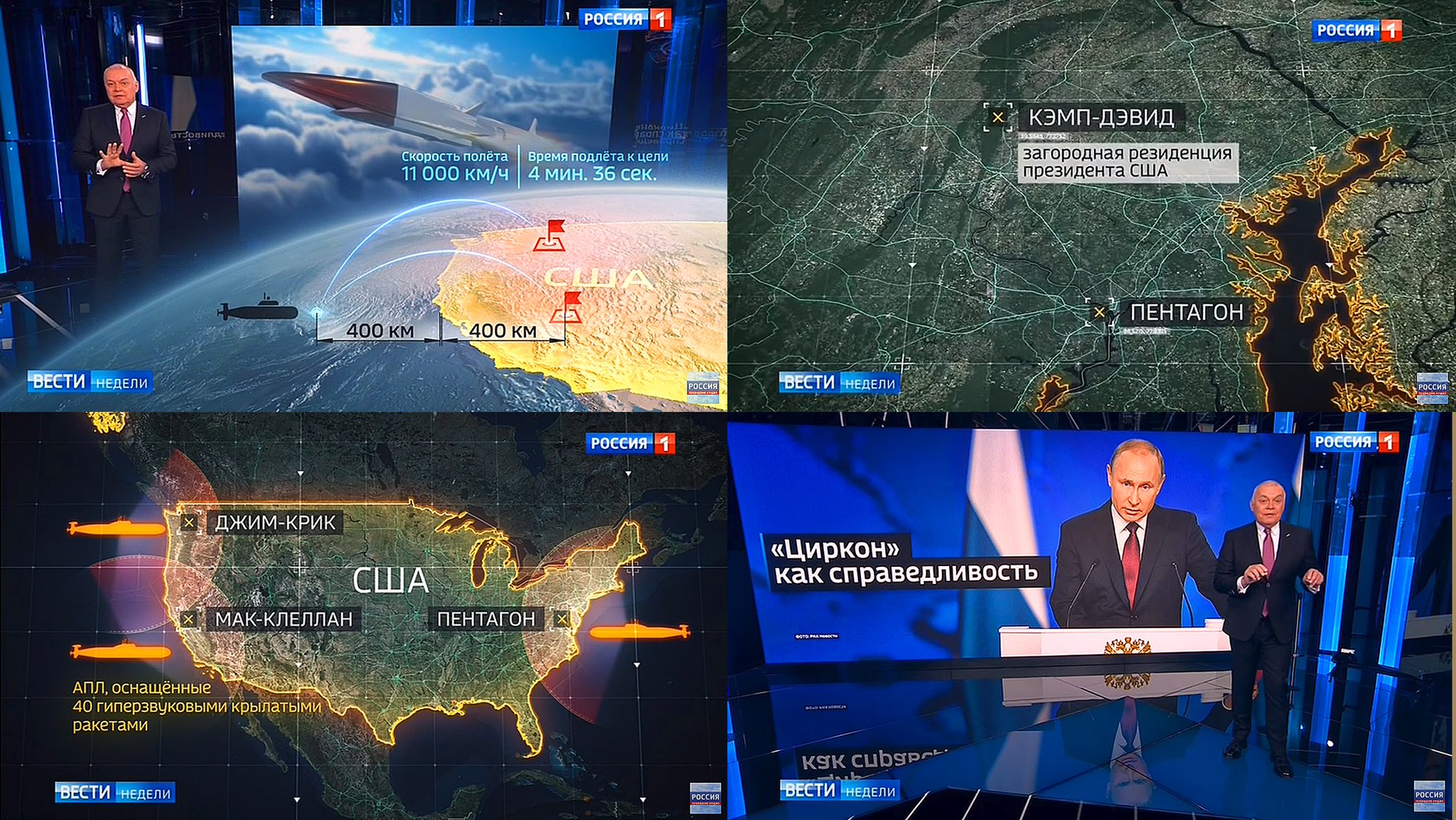 Putin reaffirmed that Russia will not be the first to deploy new intermediate-range missiles in Europe, but warned that it will retaliate if the U.S. puts such missiles on the continent. He said it will not only target the host countries but field new weapons that will target U.S. decision-making centers.