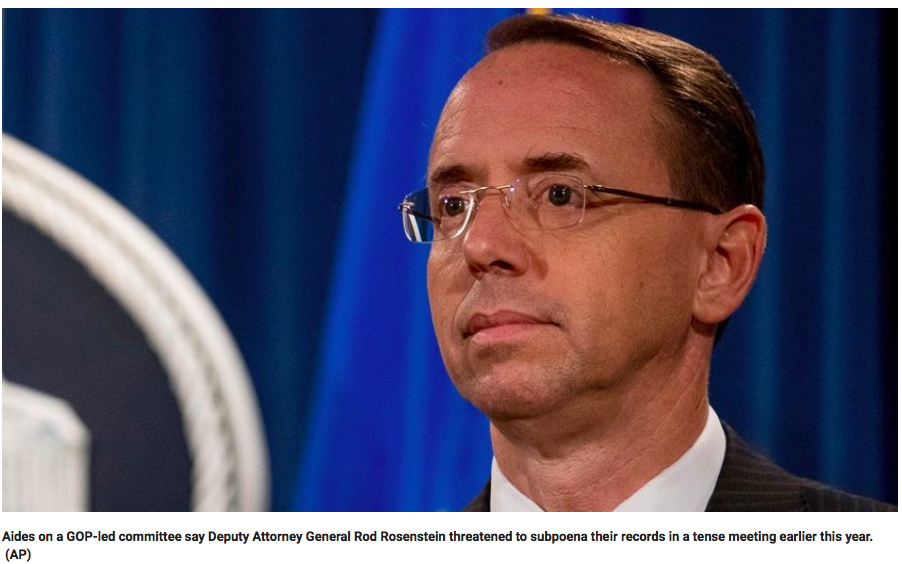 The emails memorialized a January 2018 closed-door meeting involving senior FBI and Justice Department officials as well as members of the House Intelligence Committee. The account claimed Rosenstein threatened to turn the tables on the committee’s inquiries regarding the Russia probe.

“The DAG [Deputy Attorney General Rosenstein] criticized the Committee for sending our requests in writing and was further critical of the Committee’s request to have DOJ/FBI do the same when responding,” the committee’s then-senior counsel for counterterrorism Kash Patel wrote to the House Office of General Counsel. “Going so far as to say that if the Committee likes being litigators, then ‘we [DOJ] too [are] litigators, and we will subpoena your records and your emails,’ referring to HPSCI [House Permanent Select Committee on Intelligence] and Congress overall.”

This is a month of firsts, I've never seen so much happening at the one...More