Flipboard: A Romanian official has said that the United States needs to have a strong presence in Eastern Europe prior to a summit on boosting development in the region. Romania’s President will be hosting a 12-member Three Seas Initiative on Sept. 17-18 where officials will discuss 40 regional government-approved projects that aim to boost interconnectivity in areas like transportation and related fields. 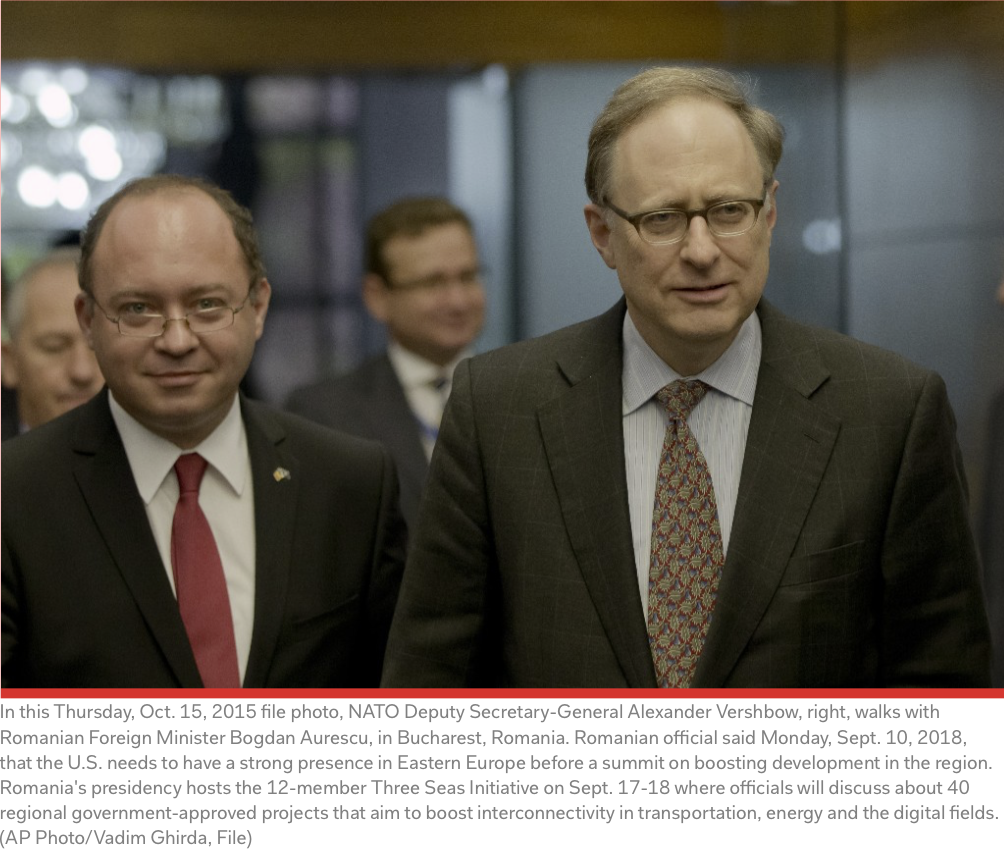 Presidential foreign policy adviser Bogdan Aurescu told The Associated Press that the underlying goal is to reduce the economic gap between EU members in the West and East, saying the entire bloc and the U.S. “need to be more present in the region.”

Aurescu, an adviser to pro-U.S. President Klaus Iohannis, said that while Eastern European nations looked to join the EU and NATO in the 1990s, they had since moved on.

“The participating states know they need to do more about interconnectivity,” Aurescu, a former foreign minister, said in the interview with the AP.

No Comments on "Romanian Official: US Can Help Eastern EU Members Develop | Flipboard"