FOX News: On Friday, leaders of both North and South Korea are set to meet to discuss several things, nuclear weapons expecting to be at the top of the list. It remains to be seen however, whether this meeting will result with any real success as past summits have broken down. 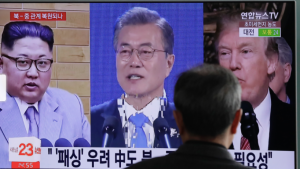 The stakes will be high on Friday when Kim and South Korean President Moon Jae-in sit down on the southern side of the no man’s land that forms the world’s most heavily armed border.

Kim may never abandon the nuclear weapons that he claims are all that stand between him and annihilation, but if the Koreas and the United States are going to begin stepping away from what, until a few months ago, looked like a real possibility of nuclear war, then Kim and Moon must lay the foundation with a successful summit of their own. The fate of a planned Trump-Kim meeting, possibly next month, is also linked to what happens Friday.