Townhall: In breaking news released this afternoon, the Republican leaders have reached an agreement with the Democrats to allow yet another FBI investigation into the allegations that came forth in yesterday’s testimony by Christine Blasey Ford. There are limitations: the inquiry must be completed no later than Friday of next week and only the “current, credible allegations” against the SCOTUS nominee, Brett Kavanaugh. 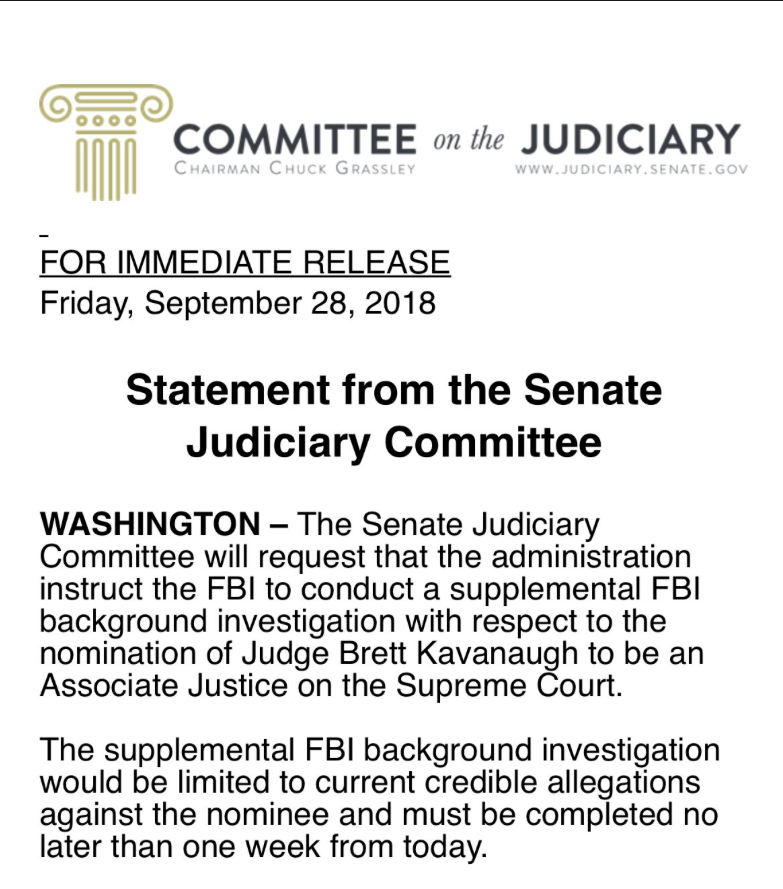 Ford revealed her identity as the Kavanaugh accuser earlier this month after a letter she wrote to Sen. Dianne Feinstein (D-CA) leaked to the media. In his remarks on the Judiciary Committee Friday, Sen. Kennedy said “shame” on the person who breached Ford’s anonymity. He directed that person to open their Bible and read Matthew 16: 26. That verse reads, “What would a person profit if he gains the whole world but loses his soul?”

Source: Republican Leaders Have Reached An Accord With The Dems | Townhall