Stephen Strang of Charisma Magazine recently interviewed Pastor Frank Amedia, who shares information regarding the response of Christian churches in China, and what God is doing amidst the viral outbreak. Pastor Amedia shares that despite the outbreak of the coronavirus in China, there have been reports of supernatural healings, and that revival is breaking out. 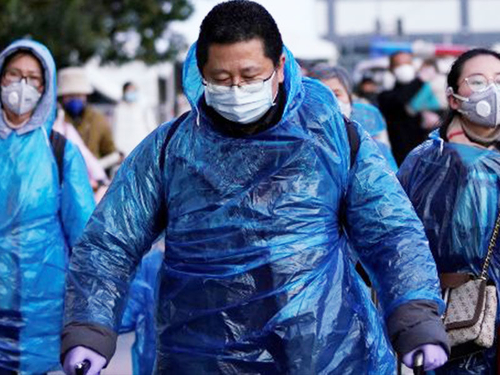 Furthermore, the pastor also revealed shocking revelations about the rumors speculating around the Internet about coronavirus. According to his sources, “the numbers of deaths and infections are much higher than media outlets are portraying.” He says that the death toll caused by the virus is now actually in tens of thousands.

“What we’re hearing is that while this was being kept suppressed by the government of China, people were dying in Wuhan, which is the capital of the Hubei province in the central area of the industrial area of China,” Pastor Frank said.

“…We are told that people were dying before it was even admitted. The hospitals didn’t know what to do with them. They told them to return home, to stay in their homes, and they were dying. And most of the widespread stories we’re getting is that many of them were cremated quickly – some cremated and not even identified for their families, who are still looking for people. They just didn’t deal with it appropriately.”

Source: Reports Of Supernatural Healing And Revival Amidst Coronavirus Outbreak | The Elijah List

When it comes to the book of Acts, you really have to have almost a...More

News Update! (Not waiting till midnight) The lawless left has abducted America but there is...More

Who Is That Masked Man?

Four states have rolled back mask mandates, and more could be on the way. As...More

When it comes to the book of Acts, you really have to have almost a...More