Fox News: On Monday, Rand Paul tweeted calling for President Trump to revoke former CIA Director John Brennan’s security clearance. Brennan has been a contributor and senior national security and intelligence analyst for both NBC and MSNBC since February. Paul has questioned whether Brennan has monetized his security access and using it as a way to attack the President. 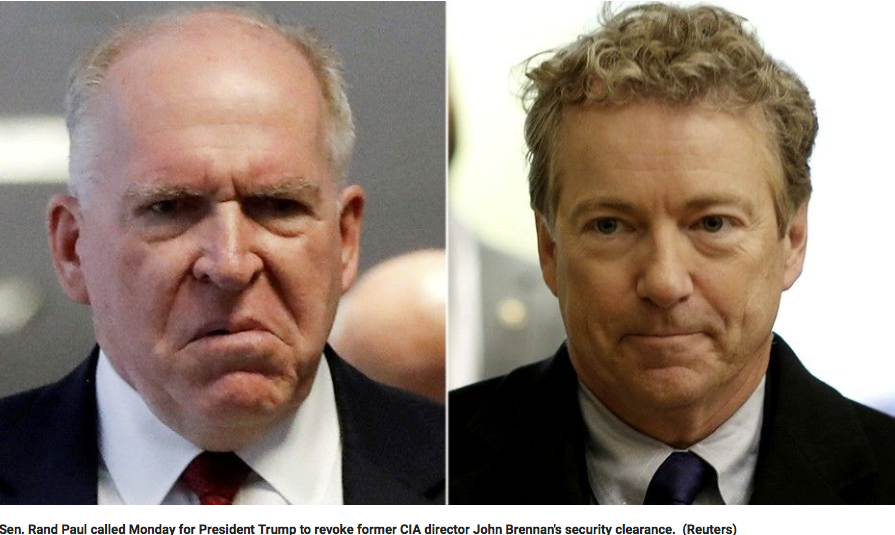 Paul’s tweets come as fellow congressional Republicans push for Brennan to testify on Capitol Hill regarding the investigation into Russian meddling and potential collusion with Trump campaign associates in the 2016 presidential election.

The former CIA director has been a consistent and harsh critic of the president, blasting his performance with Putin in Helsinki as “nothing short of treasonous.”