The Stream: An estimated 5,000 gathered at the 13th annual Washington Summit of Christians United for Israel (CUFI) that began on Monday in Washington D. C.. Speakers included, John Hagee, Ambassador Nikki Haley and others including Israeli Prime Minister Benjamin Netanyahu who broadcasted from Israel. 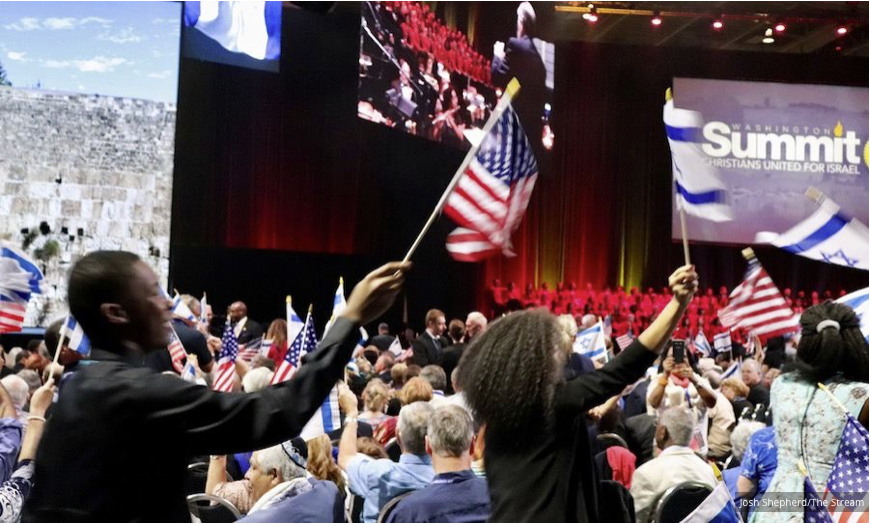 Excerpt from The Stream:

While mainstream media has expressed shock at President Trump’s directness, others note focusing on Iran is long overdue. On Monday, National Review commentator Jim Geraghty ticked off a lengthy list of Iran’s recent misdeeds. Police in Iran have gunned down citizens protesting a lack of water. An Iranian judicial official just spoke of letting off the 9/11 hijackers. And terrorists in Iran are still plotting cyber attacks against the U.S.

“Everything that happens is Iran,” stated Elliot Chodoff, introduced at CUFI as one of the foremost Mideast policy experts. “Iran is on the move. Anyone who’s been following Iran for the past 40 years knows this. Their plan is to control the Middle East and rebuild the Persian Empire. They are doing it on the ground, at sea, with ballistic missiles and with a nuclear program.”