Released by the White House on April 30th, is President Trump’s proclamation of prayer over the United States. He acknowledged religious liberty as a natural right, historical moments when Americans have turned to prayer at pivotal moments, and invited the citizens of our Nation to pray on May 2nd, the National Day Of Prayer. 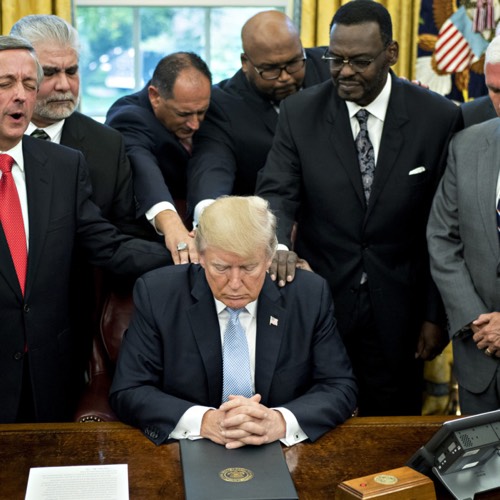 Americans have always found power and unity through prayer. In 1988, the Congress, by Public Law 100-307, called on the President to issue each year a proclamation designating the first Thursday in May as a “National Day of Prayer.” Today, on this National Day of Prayer, we once again come together to give thanks to Almighty God for the bountiful blessings He has bestowed on our great Nation and to ask for His unfailing counsel. We also acknowledge our dependence on God’s love to guide our families, communities, and our country away from harm and toward abundance and peace.

Our Nation acknowledges that religious liberty is a natural right, given to us by our Creator, not a courtesy that government extends to us. The First Amendment recognizes the freedom of religion and safeguards this right against government infringement. The United States’ steadfast commitment to upholding religious freedom has ensured that people of different faiths can pray together and live in peace as fellow American citizens. We have no tolerance for those who disrupt this peace, and we condemn all hate and violence, particularly in our places of worship.

No Comments on "Presidential Proclamation on National Day of Prayer, 2019"