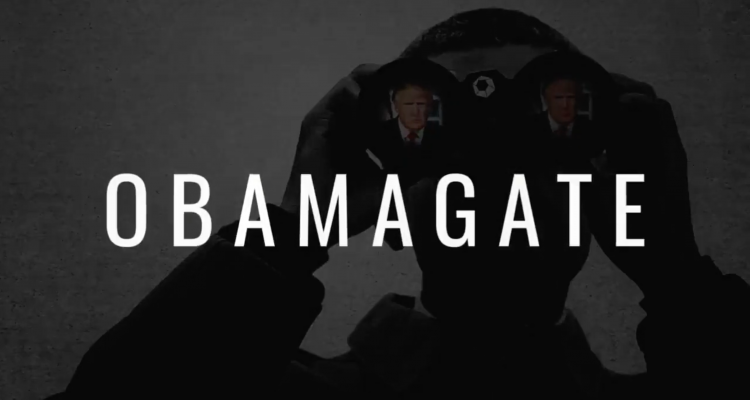 President Trump on Wednesday shared a hard-hitting video that delivers a brutal indictment of the Obama-Biden administration due to the spying scandal that has come to be known as “Obamagate.” The 45th President shared the video with the caption, “DRAIN THE SWAMP!”

It is a familiar rallying cry from his 2016 campaign in which Trump benefited heavily from the anti-establishment sentiment among voters, especially in the Republican Party.

At just under two minutes, the video delivers the most compelling case against Barack Obama, Joe Biden, Hillary Clinton, and the FBI to date for their abuse of the justice system to spy on a political opponent.

Was this the first time an outgoing president violated the peaceful transfer of power? Watch and decide for yourself:

The Trump campaign also published the following 30-second anti-Biden attack ad this week in which it alleges the presumptive Democrat nominee is controlled by “the radical left”:

Recent polling indicates that the recent violence in major U.S. cities is a primary concern for voters and the recent campaign messaging appears to be going after moderate voters. President Trump has also embraced the endorsement of law enforcement organizations.

Meanwhile, Joe Biden is in hot water after making the following racially insensitive comments this morning claiming that hispanics have more diversity of thoughts while African-Americans do not.

President Trump was quick to rebuke his opponent:

“Joe Biden, this morning, totally disparaged and insulted the black community. What he said is incredible and I don’t know what’s going on with him.”

The latest controversy comes on the heels of another gaffe yesterday when Biden appeared temperamental as he aggressively dismissed a reporter’s question over his mental fitness, responding that maybe he should take a drug test to prove he’s not “a junkie.”