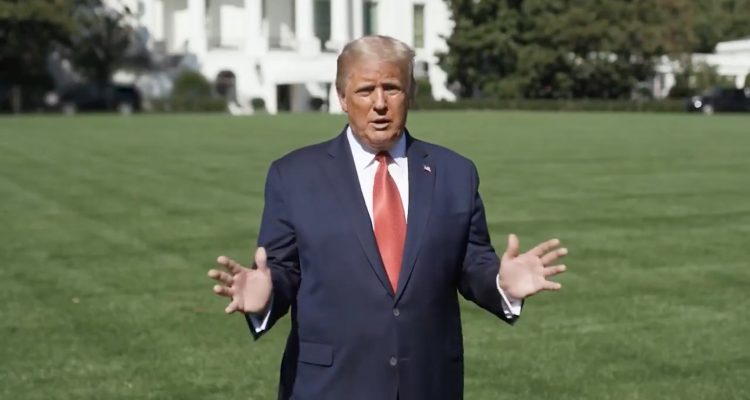 President Donald Trump released a video message directed at senior citizens today with a focus on the “tremendous progress” being made regarding the COVID-19 pandemic, new treatments, and his vaccine initiative.

In the roughly two-minute video which you can see below, a charismatic Trump stands in front of the White House and begins by calling seniors “my favorite people in the world” before joking that he too is a senior.

The brief message is timely in that many seniors are eligible to vote by absentee ballot in most states which is not to be confused with mass mail-in ballots. The key differences being that the ballot was requested at some point in time and under strict requirements.

Another likely reason for the senior-tailored message is that some polling, particularly in Florida, has indicated the president may be losing some support among older voters which are key to securing his re-election. Given that this same demographic is the most prone to COVID-19 complications, connecting the dots makes this move make a lot of sense.

“We are making tremendous progress,” he said of the “virus that was sent over by China.” He explained that he “was very sick” but added that the medicine he took was “incredible” before promising to make the same treatment available “immediately.”

He credited himself with expediting various processes with the Federal Drug Administration (FDA) before saying, “I want you to get the same care I got.” He added that the “powerful” but “safe” COVID-19 “cure” would be “totally free.”

Trump also took a swipe at his opponent Joe Biden by repeating a favorite line of his saying, “I’ve done more in 47 months than Joe Biden did in 47 years.” The president added that the former Vice President “didn’t know what he was doing” with the swine flu pandemic of 20019 and reassured seniors saying, “I know what I’m doing.”

Trump’s Triumph Over COVID: What It Means for His Re-Election

President Donald Trump had a tough weekend after testing positive for COVID-19 on Thursday night...More