According to a press release on behalf of the Western Wall Heritage Foundation, President Alvarado from Honduras visited Jerusalem on Sunday just before the planned opening of a diplomatic office. The Honduran President and his wife also visited the Western Wall during their visit. 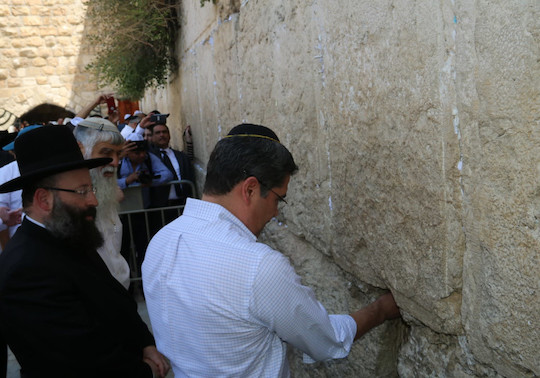 Alvarado prayed for an hour, placed a note in the Western Wall – as per the Jewish custom that notes placed in the holy site are likely to come true – and signed the guest book. He thanked God for allowing him to lead his country and wrote, “thank you Israel, our brothers, who keep guard over this holy city.”

No Comments on "PRESIDENT OF HONDURAS VISITS Western Wall"