Today’s list comes from Lance’s broadcast aired on April 17, 2018 and let it be noted that some of these have begun to be answered, specifically in regards to the release of former FBI Director Comey’s memo’s. These were released on April 19, 2018! 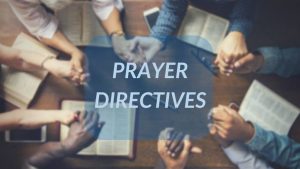 No Comments on "Prayer Directives"