The Daily Caller: Democratic Philadelphia Mayor Jim Kenney recently ended a data-sharing program with Immigration and Customs Enforcement (ICE). The program PARS [Preliminary Arraignment Reporting System] gathered information about people previously arrested — who committed a crime other than being here illegally. Pennsylvania Republican Rep. Martina White in an interview on “Fox & Friends,” shared her thoughts on this decision by the Mayor. 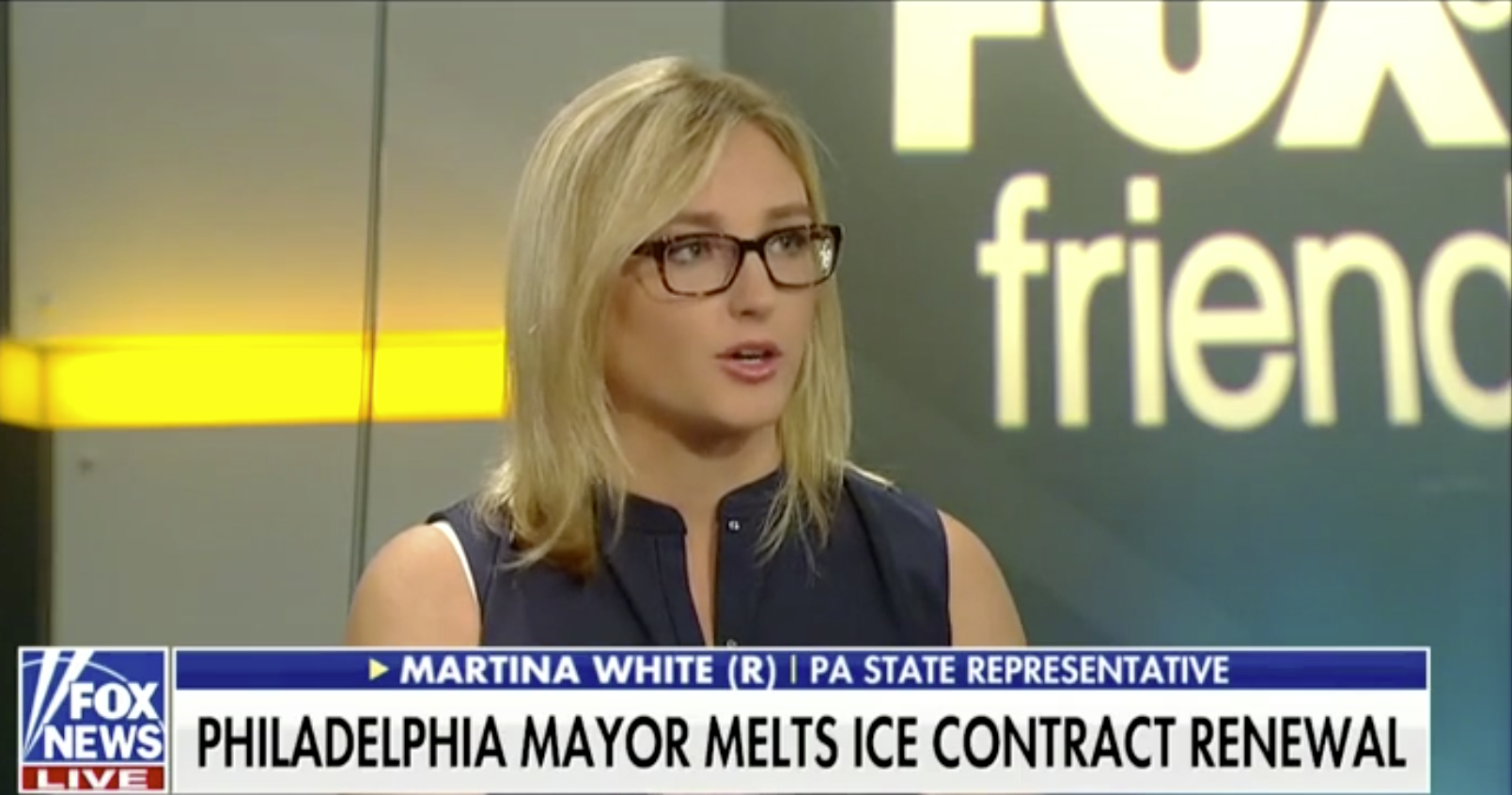 Excerpt from The Daily Caller:

ICE issued a statement to express its disappointment with Kenney’s decision and said it would continue with its mission, despite efforts to “obstruct” its activity.

“ICE is deeply disappointed with the city’s decision … Despite these attempts to obstruct ICE’s lawful efforts to apprehend criminal aliens, the agency remains committed to its efforts to uphold public safety in the city of Philadelphia.”

White criticized Kenney for supporting the abolition of ICE and claimed he never provided an alternative system or an explanation of his beliefs.

Man, I read these things, and it just reminds me that “Ahab” is the spirit...More