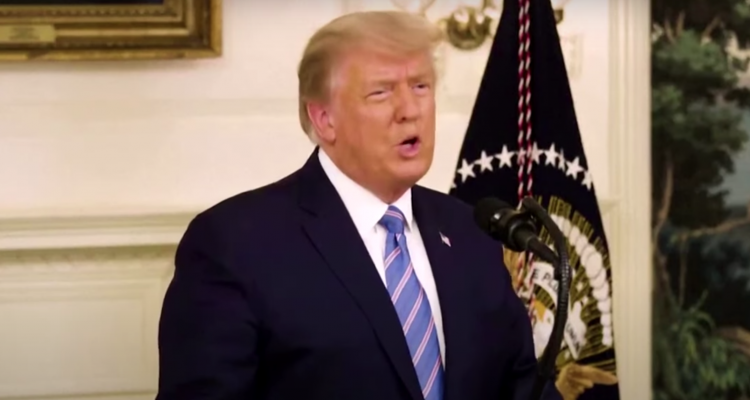 We have several important updates for you as the nation recovers from the series of unfortunate events on Wednesday when the Capitol was overrun by an angry mob.

The woman who was shot and killed has been identified as 14-year Air Force Veteran Ashli Babbit. Video of the shooting appears to show her climbing through a broken glass door to enter the Speaker’s Chamber.

One of the officers who were injured on January 6 has succumbed to his injuries and was taken off life support at approximately 9:30 PM on Thursday. Capitol Police Officer Brian D. Sicknick served 12 years on the force. Unconfirmed reports indicate he was struck with a fire extinguisher which exasperated a stroke that ultimately claimed his life.

Congressional Democrats have laid the full blame at the feet of President Trump and have called for the invocation of the 25th amendment, arguing that the president is unfit to serve. House Speaker Nancy Pelosi and Senate Minority Leader Chuck Schumer have threatened a second push for impeachment if the president is not removed by his cabinet.

Vice President Mike Pence reportedly declined to take Pelosi’s phone call and told someone it is “not happening.” Congresswoman Ilhan Omar announced that she has drawn up articles of impeachment saying, “We must impeach and remove him from office immediately so he cannot threaten our democracy and the world any longer and hold public office ever again.”

Democrats lost around a dozen seats in the U.S. House of Representatives but maintained enough to re-elect Speaker Pelosi by a mere seven votes over the weekend. That slim majority could certainly impeach the president again although it is unclear what, if any, crime he has committed.

However, the U.S. Senate will remain in Republican control until the 15th at the earliest or the 22nd at the latest which leaves little to no time for the new Democrat majority to proceed with removing the 45th president which would preclude him from running in 2024.

House Minority Leader Kevin McCarthy released a statement rebuking Democrats for the idea saying, Impeaching the President with just 12 days left will only divide our country more. I’ve reached out to President-elect Biden today & plan to speak to him about how we must work together to lower the temperature & unite the country to solve America’s challenges.

Nancy Pelosi also publicized that she called Chairman of the Joint Chiefs of Staff, General Mark Milley, to inquire about the nuclear codes procedure and express her concern, saying that the President is “unstable.”

President Trump released the following video after his 12-hour Twitter suspension was lifted: