In an interview with “TODAY’s” Savannah Guthrie, Nancy Pelosi suggested that President Trump could be indicted even though he is a sitting President. The Department of Justice guidelines states that a sitting president cannot be indicted, however. Pelosi was elected as the House Speaker today. 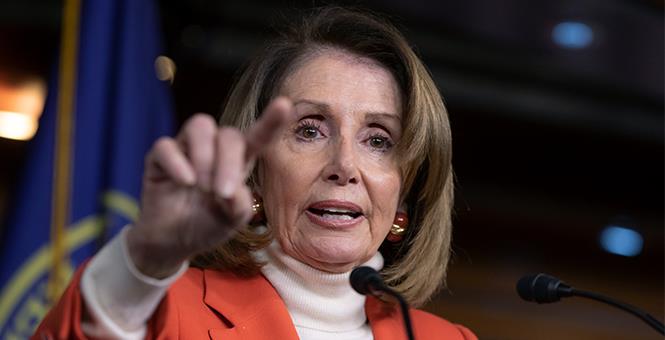 “Do you believe the special counsel should honor and observe the Department of Justice guidance that states a sitting president cannot be indicted?” Guthrie asked.

“I do not think that that is conclusive,” Pelosi answered. “No, I do not.”

Guthrie continued to challenge Pelosi on the notion, again citing DOJ rules. The representative said it was an “open discussion.”

Pelosi’s tone is a far cry from where she was last year, when she rejected fellow Democrats’ calls to remove Trump from office. It “wasn’t even a priority” for her.

Source: Pelosi Suggests That Yes, a Sitting President Can Be Indicted | Townhall

No Comments on "Pelosi Suggests That Yes, a Sitting President Can Be Indicted"