Nancy Pelosi made a bold statement as she declared victory before Election Day next week. She made the statement, while on the Late Show with Stephen Colbert, perhaps because she felt encouraged by the liberal audience. 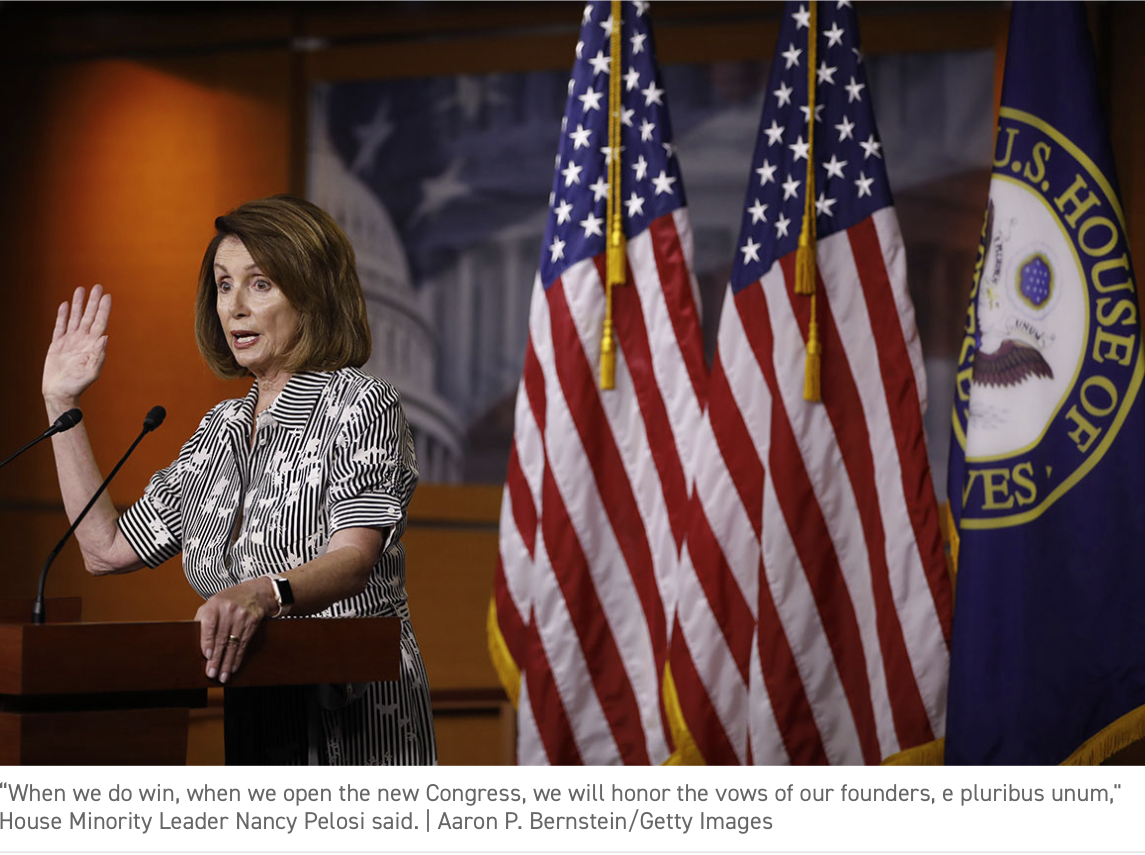 Pelosi’s spiking of the ball — even if her supporters wouldn’t call it that — could be risky. House Republicans have spent millions of dollars this cycle trying to tie Democratic candidates and incumbents to the California Democrat, the same tactic they used successfully in 2010. Pelosi has been extremely careful to avoid making herself an issue in battleground races, focusing all her attention on President Donald Trump and the Republican legislative record on health care and taxes. But with the House minority leader now saying Democrats will win a week before Election Day, Pelosi could give some life to those last-ditch GOP arguments.

Republicans also believe that they still have an outside chance of keeping control of the House, pointing to a backlash with GOP voters following the hugely controversial battle over Brett Kavanaugh’s nomination to the Supreme Court.

No Comments on "Pelosi declares victory before Election Day"