PayPal CEO, Dan Schulman, admitted in a recent article with the wall street journal that the extreme leftist organization, the Southern Poverty Law Centre “has brought things” to their attention in the past, but that “we don’t always agree.” 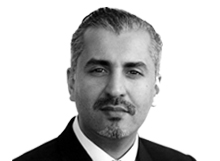 The SPLC should be nowhere near these types of decisions, as they are currently being sued on multiple fronts (one of those a civil RICO case). Last year they were forced to pay $3.4 million in damages to Maajid Nawaz, an anti-extremism campaigner after they labeled him an “anti-Muslim extremist.”

Had the SPLC bothered to do even a cursory search, they would have realized that Maajid was himself, a Muslim. His organization, the Quilliam Foundation, was set up to help counter extremism.

Their lawyers will undoubtedly be busy over the coming year. On January 16th, the Center for Immigration Studies filed a civil lawsuit under Racketeer Influenced and Corrupt Organizations Act (RICO), against Richard Cohen, President of the SPLC, and his colleague Heidi Beirich.

Their lawsuit states that they filed a civil RICO suit, as the defendants “have been engaged in an ongoing conspiracy to harm CIS by falsely designating it a hate group.” The suit also alleges that according to the former editor in chief of the SPLC’s Intelligence report, the organization has no interest in “trying to change anyone’s mind…but is instead trying to wreck the groups…and destroy them.”

In a press release on their website, CIS states that ‘Cohen and Beirich have been carrying out their scheme to destroy CIS through the SPLC “enterprise” for two years and will not stop without judicial intervention.’

“Our purpose is to make the case for a pro-immigrant policy of lower immigration – fewer immigrants but a warmer welcome for those admitted. SPLC attacks us simply because it disagrees with these policy views. SPLC and its leaders have every right to oppose our work on immigration, but they do not have the right to label us a hate group and suggest we are racists. The Center for Immigration Studies is fighting back against the SPLC smear campaign and its attempt to stifle debate through intimidation and name-calling.” – Mark Krikorian, CIS

Another lawsuit they will need to contend with is from Gavin McInnes, founder, and ex-member of The Proud Boys. 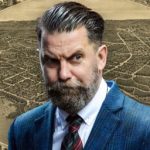 McInnes’ suit states that he is a “vocal opponent of discrimination based on race, religion or sexual preference, and of ideologies and movements espousing extremism, nationalism and white supremacy.”

“In an era, however, where dominant institutions demand and enforce cultural and political orthodoxy, however disguised as non-conformity, Mr. McInnes, his associates and his family have been successfully targeted for personal and professional destruction by a self-appointed enforcer of such orthodoxy, defendant SPLC, to achieve SPLC’s own ideological, political and financial (i.e., fundraising) ends.”

Paypal’s CEO may want to carefully consider his position on using an organization such as the SPLC to help pinpoint accounts that warrant termination, since they may find themselves on the receiving end of a lawsuit that was created solely due to the false accusations of this group.

When asked by the Wall Street Journal if a decision had ever been reversed on a terminated account, he replied simply with “No.” In which case, surely an organization who has been successfully sued for defamation and is currently being sued for the same should have no place at PayPal’s table.

Conservative media has experienced yet another attack by the left. A list was released and...More

I JUST FOUND OUT ABOUT THIS

It's nothing short of the beginning of the end of free speech, the free press...More