FOX News: Outrage erupted over social media after a liberal professor at Fresno State, Randa Jarrar, California, made her sentiments glaringly clear regarding the passing of former First Lady, Barbara Bush. Barbara Bush passed Tuesday afternoon at the age of 92. Jarrar tweeted amidst the backlash even gloating she’ll never be “fired” because she’s a tenured professor. 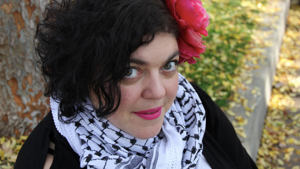 But the Fresno State professor was apparently not touched by the loss of the former first lady, who was called “everybody’s grandmother.”

“PSA: either you are against these pieces of s— and their genocidal ways or you’re part of the problem. That’s actually how simple this is. I’m happy the witch is dead. Can’t wait for the rest of her family to fall to their demise the way 1.5 million Iraqis have,” Jarrar said in another tweet. The comments, which drew thousands of negative replies, sparked outrage on social media, with people universally condemning the professor’s tweets and some calling for her firing.