Ekrem Imamoglu, the opposition candidate for mayor of Istanbul, Turkey, celebrated a major win on Sunday. The race was a closely watched repeat election after weeks of political tension and breaking the long hold of President Erdogan’s political party in the country. 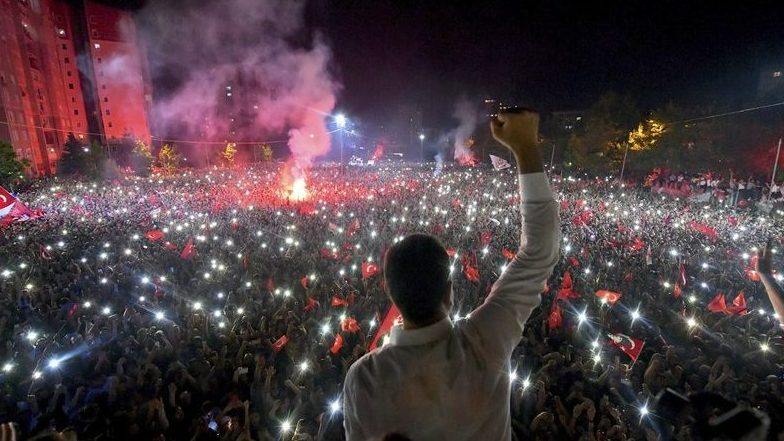 Istanbul, a city of more than 15 million, draws millions of tourists each year and is Turkey’s commercial and cultural hub. Straddling Europe and Asia, Istanbul accounted for 31% of Turkey’s GDP in 2017.

Erdogan has previously signaled an unwillingness to work with an opposition mayor, saying his party controls 25 of Istanbul’s 39 districts and a majority in the municipal assembly. Imamoglu will have to work with those officeholders to govern Istanbul, and he promised to do so Sunday.

Addressing Erdogan in a speech, Imamoglu said, “I’m ready to work with you” to solve Istanbul’s problems.

Ozgur Unluhisarcikli, Ankara office director of the German Marshall Fund, argued that the loss of Istanbul is likely to fuel speculation of divisions within the ruling party and among its supporters.

Source: Opposition Win In Istanbul A Blow To Turkey’s Erdogan | The Associated Press