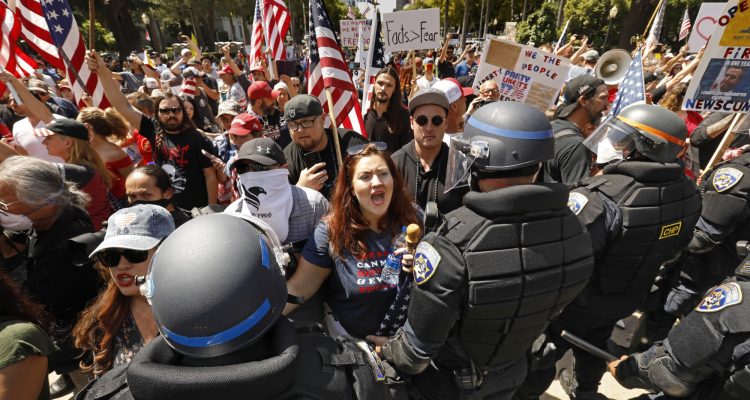 There is a silver lining in all the madness surrounding the COVID-19 pandemic and lockdown measures taken by states: the revival of the American spirit.

All but a handful of states have implemented draconian, and un-American, measures to completely shutter all “non-essential” businesses which is having a devastating impact on the owners and employees of small businesses across the United States.

The unprecedented demonstration of power by state governments is also causing a resurgence of the American spirit. Nowhere is this more evident than in the peoples’ response to state and local government initiatives to “report” businesses in violation of mandates.

When New York City published a new website to report neighbors and businesses in violation, the people responded in the most American way possible by clogging the system with thousands of pro-liberty messages and even some inappropriate images. The overwhelming backlash caused New York to shut down the “snitching” website in less than 24 hours.

In Missouri’s St. Louis County, a list of 900 complainants was leaked to the public sparking concerns of retaliation against them. One informant says she’ll think twice next time saying, “When there is something that happens next time, I’m not going to feel safe or protected enough to call the local authorities.”

In Houston, Harris County Judge Lina Hidalgo received public backlash before having her power checked by Texas Governor Greg Abbott who signed an executive order superseding her order that mandated every person 10 years and older wear a mask or be fined $1,000.

Protests continue to pop up across America demanding the reopening of the economy and the relaxation of unprecedented, and likely unconstitutional, stay-at-home orders.

In this troubling time, it is refreshing to see that the rebellious American spirit is alive and well in the hearts of many liberty-loving citizens.

However, this is also a trajectory toward tragedy as the people and their government are pitted against one another. It is only a matter of time before tragedy strikes unless heavy-handed governors and mayors get off their power trip, and soon.

“Those who would give up essential Liberty, to purchase a little temporary Safety, deserve neither Liberty nor Safety.” -Benjamin Franklin

A dozen states across the U.S. are implementing “lockdown” or “stay at home” orders to...More

1 Comment on "Op-Ed: The Silver Lining of the Lockdown Is the Revival of the American Spirit"