Fox News: In an interview with Savannah Guthrie on the Today Show, Omarosa went from answering her questions to cutting her off. When Guthrie attempted to clarify answers to her questions, Omarosa snapped and went off on a different tangent. Then in a strange twist of events, after Omarosa stated that Guthrie had all the time in the world, she noted the time, and she had to get to another interview. 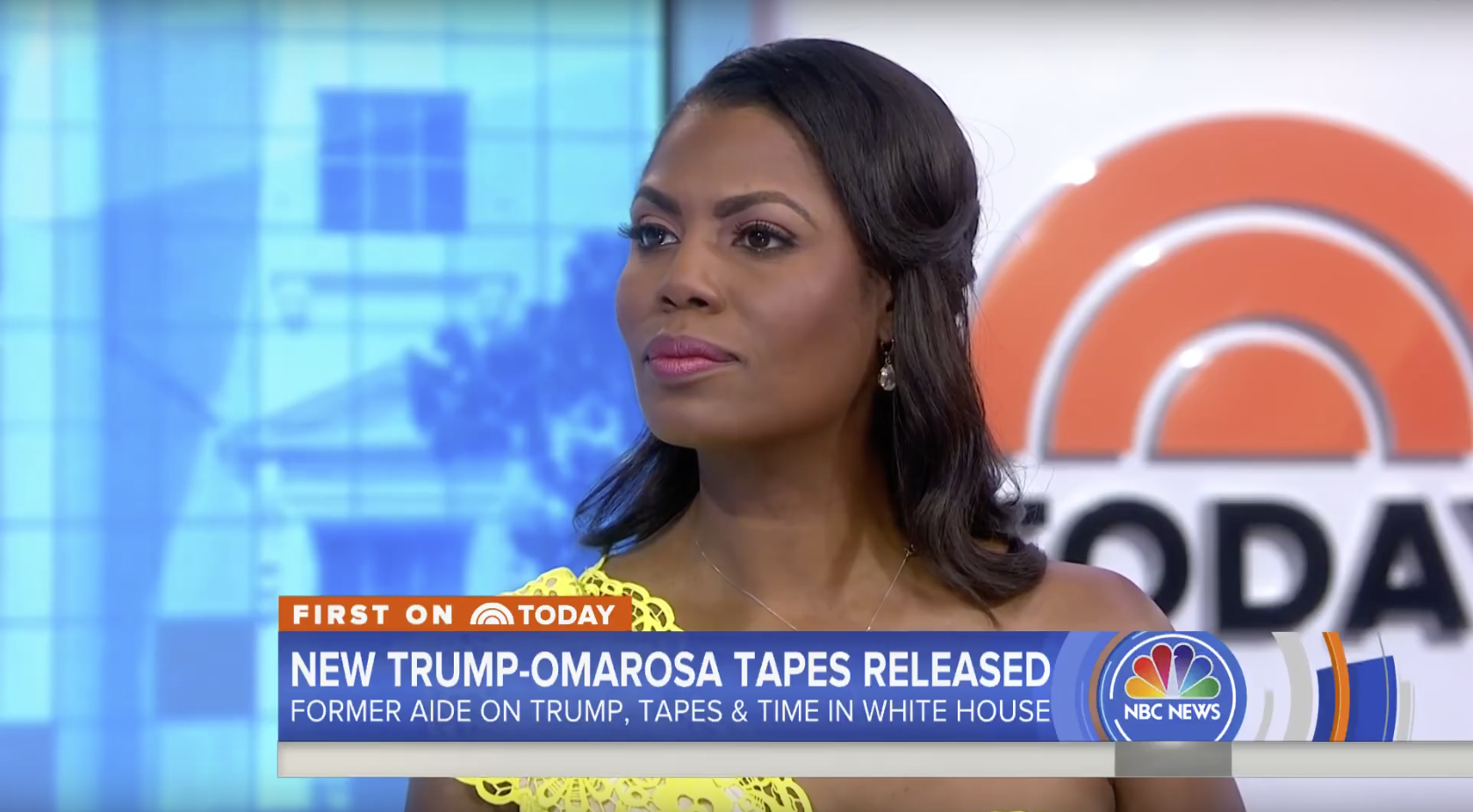 “Wait, Savannah. Who is the ‘they’ in the tape? You can’t ask the question and then ask another question without my answer,” Manigault-Newman said. “You asked me, ‘Do you think he knows?’”

Guthrie responded, “You said you’re not sure.”

Manigault-Newman went off on another tangent about Kelly, and Guthrie attempted to regain control of the interview, asking a series of questions regarding whether or not Trump “lies often” and, if so, when his former ally realized.

No Comments on "Omarosa Cuts Off ‘Today’ Appearance, Tells Savannah Guthrie To ‘Calm Down’ During Bizarre Interview | Fox News"