Townhall: CNN’s Jim Acosta playing with fire once again, “accosted” the President and Kim Jong Un in an attempt to get a response. North Korea’s leader didn’t respond as he kept firing questions his way after they’d made a public appearance together. Acosta has a growing “reputation” and history with the Trump administration. Some are calling for his journalistic credentials to be revoked. 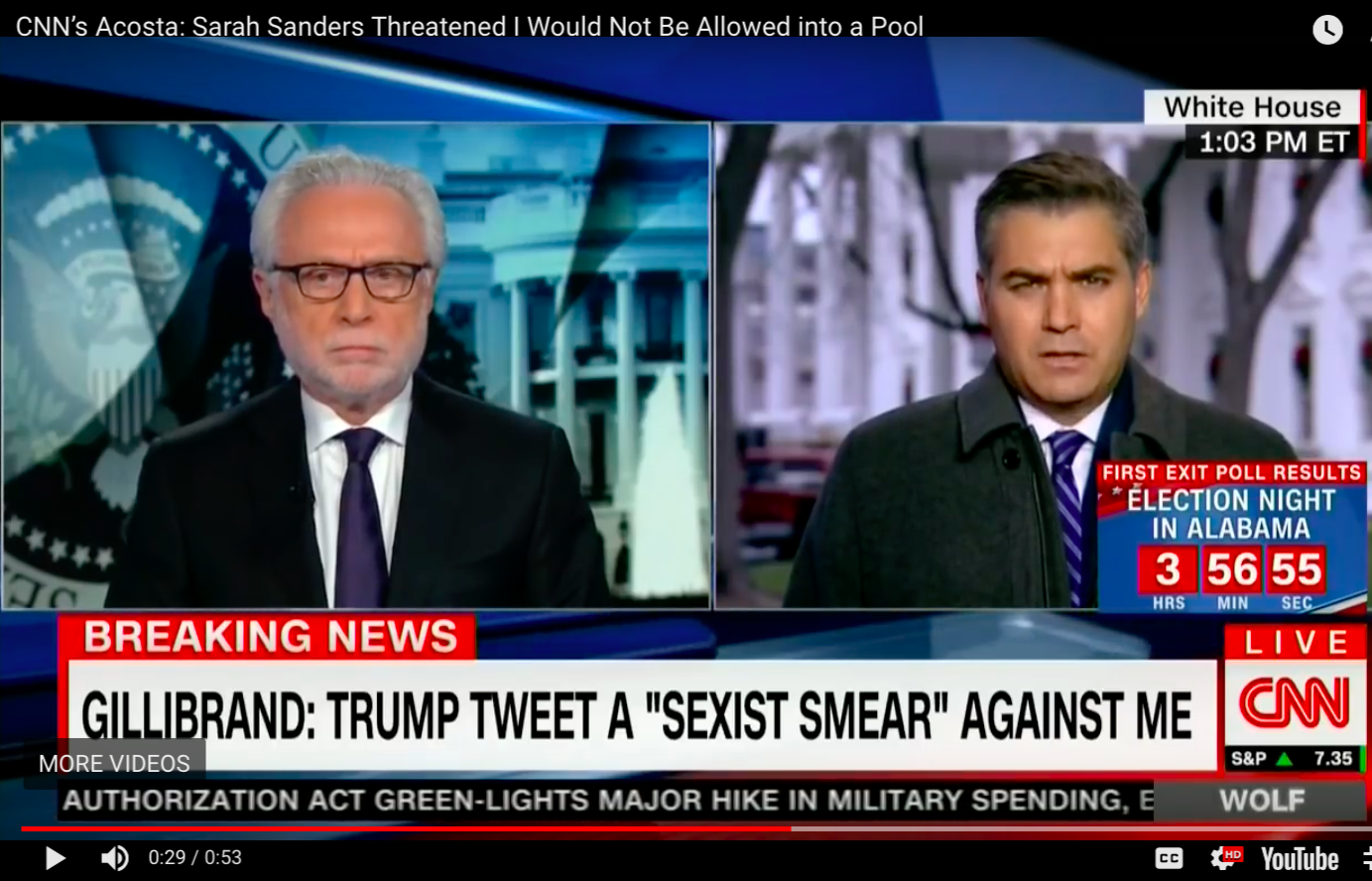 CNN’s Jim Acosta proved to be a nuisance each time President Trump and Kim Jong-un made public appearances during their Singapore summit on Tuesday.

“Mr. Kim, will you give up your nuclear weapons sir?” Acosta shouted when the two made their initial solo appearance to the press.

“I don’t think Kim Jong-un is used to the voice of Jim Acosta of CNN on a regular basis,” MSNBC’s Brian Williams cracked.

He was reportedly caught in a hot mic moment saying, “Hey if they’re not going to let me in the f*cking meeting, that’s what happens.”

Source: Of Course, CNN’s Acosta Had An Outburst At The Trump-North Korea Summit | Townhall

No Comments on "Of Course, CNN’s Acosta Had An Outburst At The Trump-North Korea Summit | Townhall"