FOX News: A draft report from the Senate’s Permanent Subcommittee on Investigations has come out alleging that the Obama administration allowed Iran access to U.S. banking system. When asked about this, a source formerly with the Obama administration said “this was a one-time deal during the Iran nuclear agreement..”. And the source defended it saying: ” this specific license cannot be described as ‘granting access to the U. S. financial system.’ It did not authorize Iran to conduct commercial transactions denominated in U.S. dollars or via U.S. banks; it did not allow Iranian parties to open correspondent accounts at U.S. banks; and it did not allow Iran access to U.S. investments or markets.” 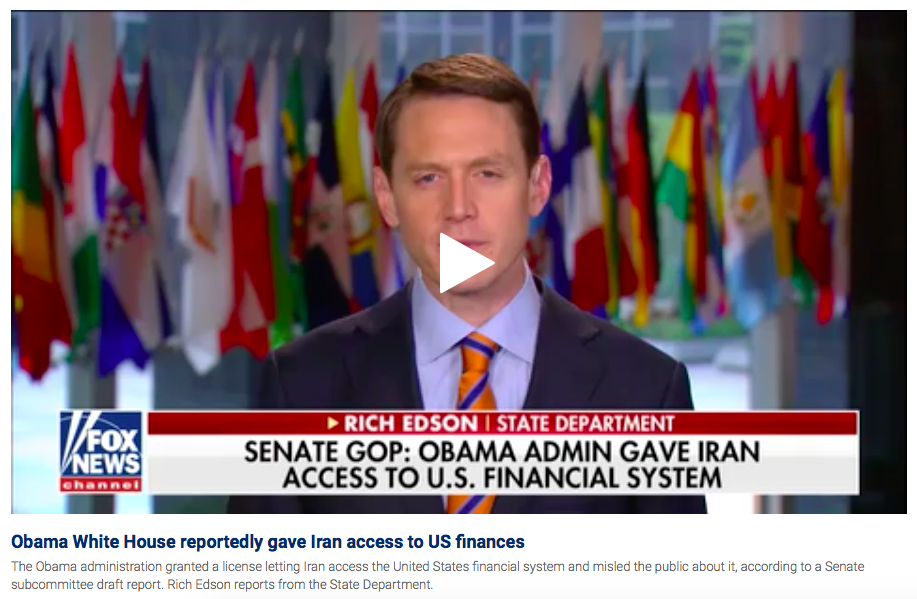 “On Feb. 24, 2016, the Treasury Department issued a specific license to Bank Muscat to authorize the conversion of Iran’s rials to euros through ‘any United States depository institution …,’” the draft report said. “Even after the specific license was issued, U.S. government officials maintained in congressional testimony that Iran would not be granted access to the U.S. financial system.”

“The Obama administration during the negotiation of the Iran deal misled the American people,” said Sen. Rob Portman (R-Ohio), subcommittee chairman. “I think they did so because they were desperate to get a deal.”