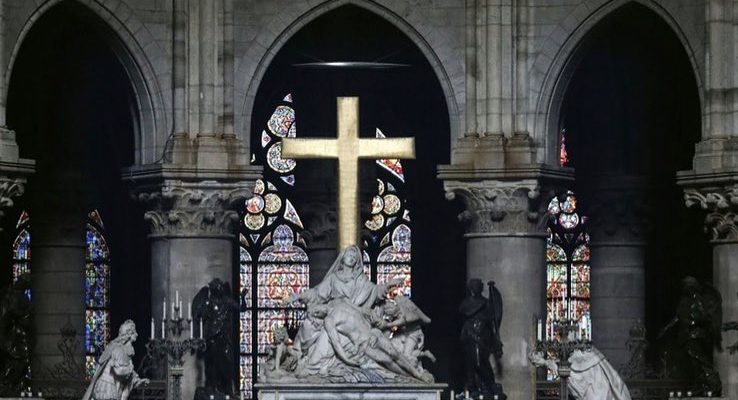 A miracle in Paris, France? After a devastating fire swept through the infamous Notre Dame Cathedral in Paris, France, photos have emerged to show some of the interior has remained miraculously intact. 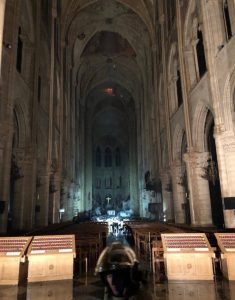 Footage of the inside of the Notre Dame Cathedral in Paris after the fire.

A cross still hangs in the background. pic.twitter.com/JtFp4ObeDO

The Notre Dame Cathedral built in the 12th century had celebrated its 850th year in 2013. The church was home to many relics, which also includes beautiful stained glass; it is considered to be one of the most excellent examples of French Gothic architecture. The stone vault and interior remains mostly intact. French President Emmanuel Macron announced they would rebuild the Cathedral. French billionaire Francois-Henri Pinault announced a financial gift of 100m towards the rebuilding costs.

The cause of the fire is currently unknown, and the Cathedral had been undergoing renovations. Officials are currently in the process of investigating the cause.

This 2-Minute Breathing Exercise Can Help You Make Better Decisions, According To A New Study

A group of researchers in France did a study recently attempting to answer the question...More

What God Showed Me Over France, Germany And Switzerland

Danielle Dixon of Australia, shares a word and a vision she had while in Europe...More

Mario Murillo shares an exhortation to that is not for the faint of heart, or,...More

An Act Of God

Mario Murillo writes how he believes that a massive number of Christians are experiencing a strange...More

No Comments on "Notre Dame Miracle in Paris, France?"